Focus on Africa: Rural teachers in Zimbabwe brace for strikes 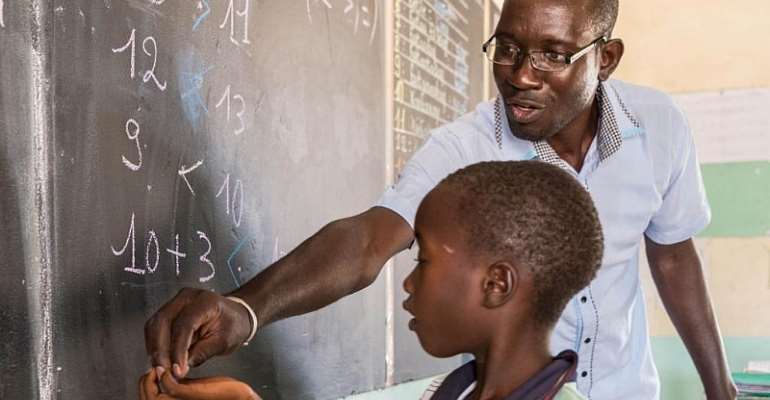 Zimbabwe's new rural teachers union has warned the government of a catastrophe that it says is likely to flatten the country's strategic education sector.

“School workers remain incapacitated, with parents unable to afford fees and learning materials for their children,” writes the Amalgamated Rural Teachers Union of Zimbabwe (ARTUZ), in an open letter to the government published by Newsday.

“The ruling elite and their allies in the business world have launched a brutal onslaught on the working class under what has become known as anti-people austerity measures,” fumes ARTUZ.

400 percent inflation
The union highlights a disturbing finding by a survey that 60 percent of rural teachers were unable to secure bus fares to travel back to their work stations for the reopening of the second term.

In the letter, the union also regrets the freezing of salaries at a time when prices of basic goods and services are up by 400 percent, which in their view has “condemned the working class to extreme poverty”.

A direct consequence is the growing number of schools, which have asked for permission to increase their fees, while some private establishments demand payments in US dollars.

School fees in foreign currency
“We have all these discussions in the markets where parents have had to pay their children's fees in forex”, says Wisdom Mdzungairi, editor of the Harare-based Newsday newspaper which publishes the full version of the rural teachers union's letter.

On the teacher's key demand to have their salaries paid in US dollars, Mdzungairi says it is unlikely that President Emmerson Mnangagwa will cave in, at a time his government is working towards the unveiling of a new national currency in six months.

Unionists in danger
The NewsDay editor also discusses allegations by ARTUZ that the government is behind a campaign of abductions, torture, detentions and harassment of its members who dare speak out about the catastrophe facing the country's education sector.

Wisdom Mdzungairi reacts to a paradox underlined by the union, which he claims discredits the government's plans to address the challenges confronting Zimbabwe's workers.

Business as usual
“While the government has consistently celebrated an over $100 million budget surplus in the past four months, it is blowing the revenue in executive luxuries, including the chartering of private planes for Presidential visits,” ARTUZ says.

“There is too much talk and less action,” says Mdzungairi, who criticises the absence of good will, when it comes to dealing with endemic corruption within government and the ruling ZANU/PF party.

In theNewsDayeditor's opinion, ARTUZ and other workers' organisations are using the dithering as a rallying point against Mnangagwa's government.

Ultimatum
The Amalgamated Rural Teachers Union of Zimbabwe says the government's failure to safeguard the education sector from collapse has pushed them up against the wall.

ARTUZ urged all teachers to “go back to their stations, log in, but not to undertake any duties”, while it finalises consultations on a calendar of rolling protests.