The Political Pin-Pong Of Dams And dug-Outs: The Opinion Of A Patriotic Northerner 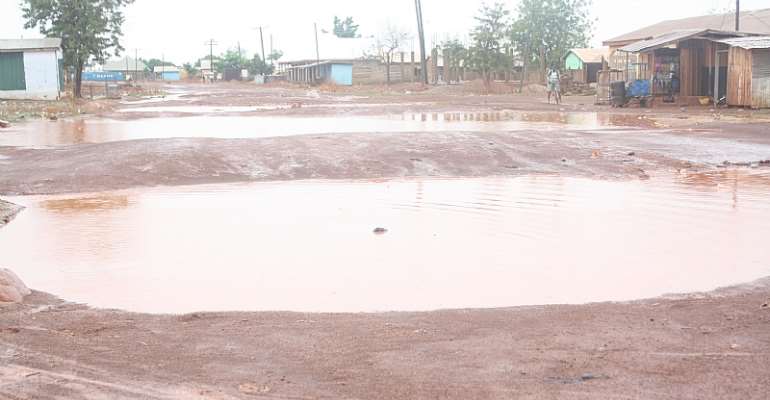 Looking for the marginalized region (s) of Ghana? Strain not your eyes further by summarily pointing figures at the five regions of the north. Poverty is not uncommon. People live below the poverty line. Unemployment is widespread just as the visible immotorable roads. It is against this backdrop that the two main political parties always dedicate a policy intervention to that part of the country. The reason is simple: to bridge the wide developmental gap between south and north. However, the lingering question on the tongues of many is, have these interventions deliver the desired outcomes? And If not, what are the hurdles on the way of every policy that is tailored towards lifting the underprivileged compatriots into prosperity?

The National Democratic Congress always prides itself as an ideologue of social democracy. The party with a caring heart for the overwhelming majority of socially excluded people. These among other reasons gave birth to SADA, read full as Savanna Accelerated Development Authority. A policy that was touted as a messiah in the fight against extreme poverty in northern Ghana. SADA was mandated, among a plethora of functions, to green northern Ghana through a regionwide afforestation project. In the end, what did SADA deliver? A political pin-pong on nonexistent planted trees, misapplied state resources and some guinea fowls that were allergic to living in an Anglophone country. With all these happenings, the northern Ghana and its people continue to carry the obnoxious tag of poverty. It was even said that authorities supervised the planting of trees in a dry season without an alternative source of water supply for the young trees. I doubt even a level 100 student in renewable natural resources would do such a thing.

The New Patriotic Party on the other side of the aisle is a firm believer of capitalism. However, the policy choices of NPP is sometimes antithetical to capitalist way of governance. They leverage on social policies whenever the projected political fortune thereof is luring. It is a political party running an amalgam of social democracy policies and capitalist policies. To counter the NDC’s social democratic policies, they promised the people of the north of every dam in every village. The baseline for this policy intervention is as a result of the rainfall pattern of the region. Agriculture in northern Ghana is rain-fed. The farmers depend on rains that would not fall throughout the year. For a political party to recognize this barricade to all year round farming in the region and move a step further to propose a policy intervention of building dams is something deserving of a pat on the back. Nevertheless, what is being seen now? The supposed dams have become breeding grounds for mosquitoes with long proboscis to spread malaria. The nice policy intervention has become a death trap claiming the lives of children similitude to how roads which are fishponds without fishes are killing people in the Region. Contractors are contracted to dig dug-outs contrary to building of dams. My elders say that the physical look of the testes in the early days is enough to conclude that it would morphed into a hernia. Ab initio, I doubted how feasible and practical it was to build a dam in every village of the north. If you have ever visited the Tono Irrigational dam, you would realize that the committee that drafted the NPP’s manifesto was unrealistic and dishonest. To build a dam for irrigational purpose, four years is too short a period. I am no expert in even trenches digging but common sense has aided me to conclude that what is currently hastily build around in some northern villages are dug-outs. If the sector minister and Mr. president were straight shooters, they would have agreed with me in toto.

It is high time the two political parties, thus NDC and NPP, stopped playing mind games with the people of the north. Once you have sought the mandate of the people, incumbent on you is delivering on your promises to the delight of the teeming northern voters. You have to prove to the people that you are a leader worth your salt and mettle. If you are an emotionally weak person, a brief tour of a sampled few villages of the north would make you cry an ocean. Not only in what the people shelter themselves in would trigger this, but the crystal clear signs of deprivations. Duty bearers have to stop creating parallel state parastatals with unimpressive corresponding results in the name of expedite policy implementation targeted at the region. Resources have been wasted for far too long. The time is right to reverse the trend. I always cringe when a politician of the two political parties sit on live television or radio and utter this shameless cliché: “Good morning to the good people of the north.” How good can they be, when you keep on misimplementing every policy that is so dear to their hearts?