Ayariga Has No Right to Waste Our Time in Court 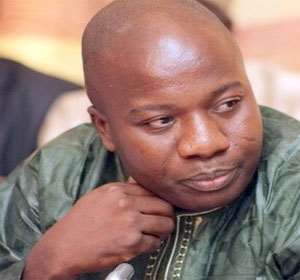 If he had paid sedulous attention to the 40th Anniversary of the June 4, 1979 Uprising speech delivered to the Nation by former President Jerry John Rawlings, the National Democratic Congress’ Member of Parliament for Bawku-Central, in the Upper-East Region, Mr. Mahama Ayariga, would not be frivoling with the question of whether past 65 years old, Mr. Martin ABK Amidu, the Independent Special Public Prosecutor, or Special Prosecutor, for short, was qualified or not qualified to hold the job of the SP and to act fully as such (See “Ayariga Challenges Amidu’s Qualification, Capacity to Investigate Him” Ghanaweb.com 6/10/19). This issue, as I vividly recall, has already been taken to court by a former Mahama-appointed Deputy Attorney-General and Minister of Justice and been conclusively settled by eminent justices of the Supreme Court of Ghana in favor of the Special Prosecutor.

So, it is decidedly a nonissue over which the presiding High Court Judge, Justice Afia Botwe, ought not to waste her breath and her precious time deliberating upon. What is most significant here to address is the evidentiary fact of whether, indeed, the former Minister of the Environment, Science and Technology defrauded the State by willfully and criminally evading import taxes to the humongous tune of over GHȻ 36,000 for some three V8 Toyota Land Cruisers that Mr. Ayariga imported into the country, all three of which the former Mahama Prime Minister sold to Mr. Kendrick Akwasi Marfo at GHȻ 40,000 apiece. That, in fact, is what is before the Botwe High Court. Already, Mr. Amidu is well behind schedule in the active performance of the job to which he was specially assigned a little over a year ago. And that assignment, of course, is to vigorously fight corruption which, by the way, contrary to what Mr. Ayariga’s attorneys would have the general Ghanaian public believe, squarely falls under the criminal offense category of corruption.

If, indeed, he truly believes that tax evasion and, by extension, the extortion of money due the State and the Ghanaian taxpayer does not constitute corruption, then let the Harvard Graduate School of Law alumnus explain to the rest of the country, and the rest of the world, what the crime for which he has been taken to court by the Special Prosecutor is about. At any rate, it is not quite clear to me precisely what the crime of Mr. Kendrick Akwasi Marfo, owner of the ATLAS Rent-A-Car Company, who is alleged to have purchased all three Toyota V8 Land Cruisers imported into the country, is; very likely, it may have to do with the crime of knowingly receiving stolen goods, which is what Mr. Ayariga’s tax evasion clearly renders the three vehicles in question.

Whatever the case may be, some avid observers and experts of the Ghanaian adjudicatory system would rather have had Attorney-General Gloria Akufo’s office handle the Ayariga case, so as to free the Special Prosecutor for the latter to be able to concentrate on much bigger cases of official theft and other forms of corruption, so as to expedite the pace of Nana Akufo-Addo’s agenda, even as the watershed season of the 2020 general election fast approaches. This case should not take more than two weeks to be disposed of. And perhaps another two weeks for any appeal to be heard and decided by the High Court or even the Sophia Akuffo-presided Supreme Court.

As for the question of whether workers in the Office of the Special Prosecutor have the right to use the Solicitor-General’s license as sleuths or criminal investigators, to which the Ayariga attorneys are seeking clarification, I suspect that this can be readily riposted by Attorney-General Gloria Akuffo, under whose portfolio both the offices of the Special Prosecutor and the Solicitor-General fall. We have to move the nation ahead, and expeditiously so. There should be absolutely no tolerance for distractive frivolities.