One case of Ebola confirmed in Uganda: WHO 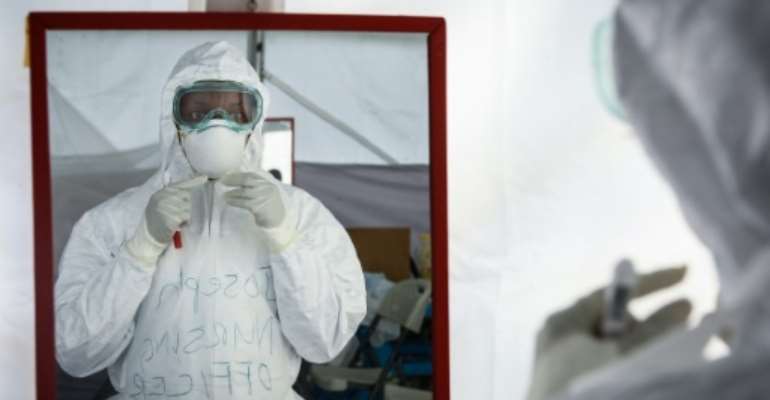 A member of the medical staff of the Ebola Treatment Unit checks her equipment during a weekly rehearsal in 2018 at the Bwera General Hospital on the border of the DRC and western Uganda. By Isaac Kasamani (AFP/File)

A five-year-old boy is being treated for Ebola in Uganda, the first case since an outbreak in neighbouring Democratic Republic of Congo 10 months ago, the World Health Organisation said Tuesday.

"The confirmed case is a 5-year-old Congolese child who traveled from the DRC with his family on 9th June 2019. The child and his family entered the country through Bwera Border post and sought medical care," the WHO wrote on Twitter.

Uganda's health ministry and the WHO have sent a team to the western town of Kasese to trace likely cases, and vaccinate those who may have come into contact with the patient, the post added.

Uganda has been on high alert since the outbreak in the eastern DRC, where more than 2,000 cases of the highly contagious virus have been recorded, two-thirds of which have been fatal.