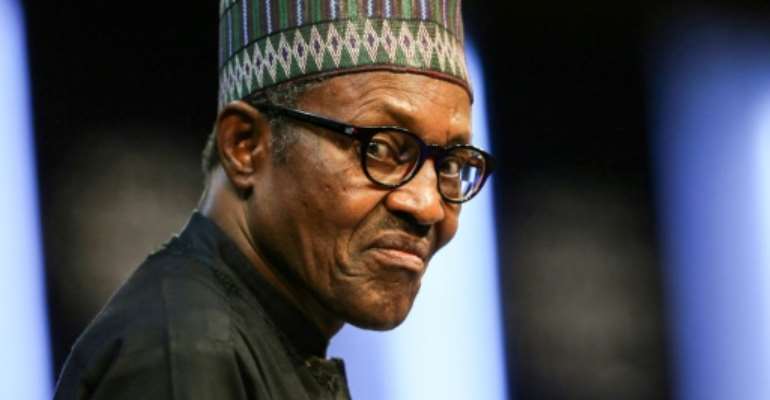 A former military strongman, Nigerian President Muhammadu Buhari was elected to a second term in February. By Khalil MAZRAAWI (AFP)

Nigeria's National Assembly on Tuesday elected President Muhammadu Buhari's choice of candidates to the top two positions of Senate President and Speaker of the House of Representatives.

Nigeria operates a bicameral legislature, in which the National Assembly comprises of the Senate and House of Representatives.

Ahmad Lawal, 60, from northern Yobe state, was elected as Senate President, and by law becomes the chairman of the National Assembly, making him the second most important politician in Nigeria, the most populous country in Africa.

Femi Gbajabiamila, 57, from the southwestern state of Lagos, was elected as speaker of the House of Representatives.

Both of them, and their deputies, were the choice of the ruling All Progressive Congress (APC) of Buhari.

"It's APC's day," the party wrote in a message on social media. "Dear President Buhari, over to you... Dear Nigerians, get ready for the change you voted for."

Buhari, a former army general who led a tough military government in the 1980s, was re-elected in February and sworn in for a second term in office last month.

The 76-year old leader, in power since 2015, will celebrate Nigeria's national Democracy Day on Wednesday to mark the start of his second term.

A parade is due to be held in the capital Abuja. Regional heads of state are expected to attend.

National Cathedral could generate $83M within 5years – Secre...
5 minutes ago

Over Ghc12m was used to purchase seedlings for Green Ghana p...
5 minutes ago