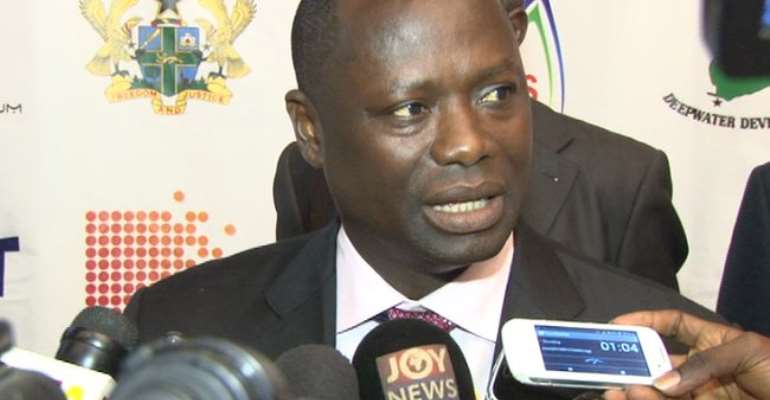 A research conducted by the University of Ghana's Department of Political Science has placed the NDC MP for Ellembelle Constituency, Mr. Emmanuel Armah Kofi-Buah as the best performing MP in the Western Region.

Dr. Isaac Owusu Mensah who is the Senior Lecturer at the Political Science Department, disclosed this to the media on Tuesday, June 11, 2019.

Explaining the survey to the media, he said a lot of questionnaires were put out to the constituents to arrive at what they have.

According to him, a survey was done to assess the 275 MPs, from March to June 2019. Out of the 27,500 respondents, 44% of Ghanaians said the MPs do not visit the constituency frequently, while 7.1% said the MPs only promote the interest of only party members.

He said though the people are not impressed by the work of their MPs, MP for Ellembelle was the best performing MP in the Western Region.

Emmanuel Armah Kofi-Buah is also among the top best performing MPs in the country.

Speaking to some Constituents in the Ellembelle after the list, they said Armah Buah deserves this recognition.

They testified that the MP has been visiting them at least every week.

They added the MP has been helping people without taking into consideration their political colours.

"Hon. Armah Buah has been helping people to further their education, he has done a lot of developmental projects here, he is very accessible, approachable, generous, humble, committed, hard-working among others so we are not surprised at all about this report", they emphasized.

Check out the best 10 in order below:

4. Mrs Abena Osei-Asare, who represents the people of Atiwa East in the Eastern region