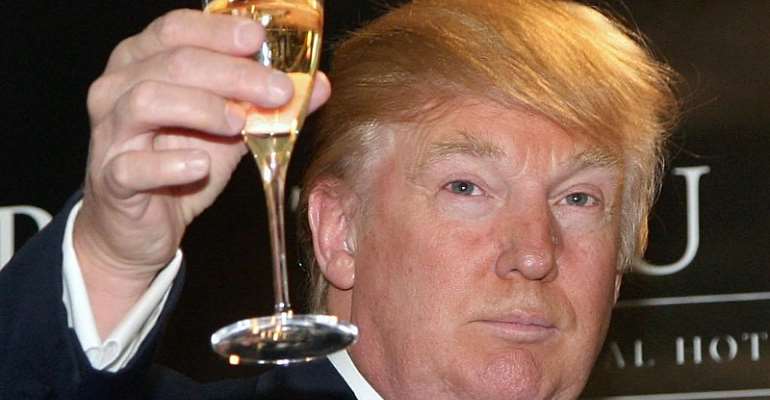 US President Donald Trump hinted on Monday that he wants higher tariffs on US imports of French wine, insisting that the current system was unfair.

Trump said he would work to open the European market, again accusing France of creating unfair trade barriers to US wine exports.

"France charges us a lot for the wine and yet we charge them very little for French wine," Trump said on CNBC television.

US producers complain that French wines get to American shelves "for nothing," he said, adding "it's not fair and we'll do something about it."

Although Trump does not drink alcohol, he observed that French wines are said to be "very good" but declared "we have great wine, too."

Washington and Brussels are preparing to begin negotiations on a trade deal to resolve a battle Trump began last year by putting tariffs on steel and aluminum.

However, EU officials have said repeatedly they will not discuss agriculture.

EU import duties
European Union import duties on wine are higher than US tariffs on European wines, including those from France, but EU consumers buy less of the American product.

France is a major wine producer but as part of the 28-member block does not set its own trade policy or tariffs.

Depending on the type and alcohol content, imported wine faces US duties of 5.3 cents to 12.7 cents a bottle, according to the US International Trade Commission. Sparkling wines are taxed a higher rate of about 14.9 cents a bottle.

But US wines shipped to the EU face duties of 11 to 29 cents a bottle, according to the Wine Institute, a trade body promoting American exports.

Still, between 2007 and 2018, French customs figures show, US exports to France tripled and Europe was by far the largest export destination for American wines.