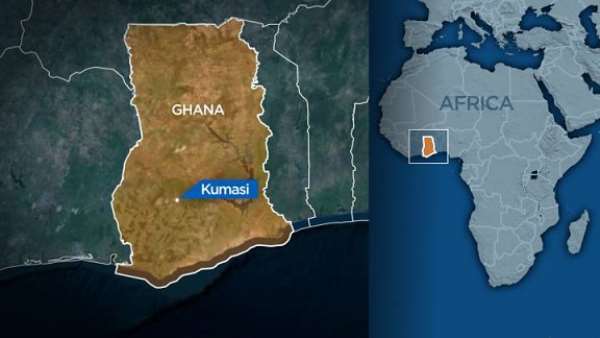 No matter how hard our current leader, Nana Akufo Addo, tries to impress Ghanaians that he is doing a good job, certainly, there are serious issues undermining his leadership.

The lack of good security measures, inefficient judiciary system and the porous nature of Ghanaians borders, which have allowed many strange unknown people, including criminals, from neighbouring countries into Ghana, will continue to undermine Nana Akufo Addo’s government.

The dictionary defines ‘anarchy,’ as a state of society without government or law and a state of political and social disorder due to the absence of governmental control. If the sincere Ghanaians will agree with me, we have to acknowledge the fact that the situation in Ghana at the moment suits the definition of a state of anarchy.

They say “Who feels it knows,” therefore, in spite of what global political analysts will say about the performance of Nana Akufo government, Ghanaians are the right people to make their voice heard over the current situation in the country if the president is doing well or not.

Ghana is experiencing certain events which in decades the country has never experienced. It is still fresh in our mind that in Accra, on June 30, 1982, four Ghanaian judges were abducted and callously murdered. The truth about the assassination of the judges and those behind had never been revealed to the public.

Just at the beginning of this year, our beloved Ghanaian citizen, Ahmed Hussein-Suale, a journalist, who used to be one of the investigators at Tiger Eye, a private investigative team, financed by Anas Aremeyaw Anas, a Ghanaian investigative journalist, on January 16, 2019, in the neighbourhood of Accra was brutally assassinated by unknown assailants.

When did Ghana become such a mafia country targeting and killing journalists pursuing the truth? For ages, Ghana has been claiming to be a peaceful and friendly country, I don’t think so. The lack of effective law has made Ghana one of the most violent countries in Africa.

Ministers have been spread in all the sectors which Nana Akufo Addo thinks it’s necessary to have for the development of the country, yet none of them is effective in their posts, including the appointed Special Prosecutor, Martin Amidu. If Ghana’s judiciary system is effective, the country would have never experienced such assassinations, armed robbery, and kidnappings.

The recent kidnappings of two Canadian women, aged 19 and 20, who have been volunteering for the charity Youth Challenge International, in Kumasi, is another setback for Ghana, as well as undermining the Akufo Addo’s government. When such things take place, the minister responsible for security in the country is the one to blame.

There is no law and order in Ghana, the reason, many people have taken the opportunity to steal and commit violent acts with impunity. In such situations involving damaging of property and claiming of lives, ministers immediately resign in developed countries, but not Ghana, the ministers without shame feel so proud to keep their jobs. What kind of a country is this?

From every angle, one doesn’t need to be a clairvoyant to see that the trouble brewing in Ghana is far from over. Ghana is going to plunge into deep crisis because many don’t want to accept the fact that we have a law in that country or if there is a law it is not working.

If everyone, including Nana Akufo Addo, will acknowledge this fact and fix it, Ghana will be a better country because one of the pillars supporting a good country politically and economically in any developed country is the effective judiciary system, which doesn't exist in Ghana.