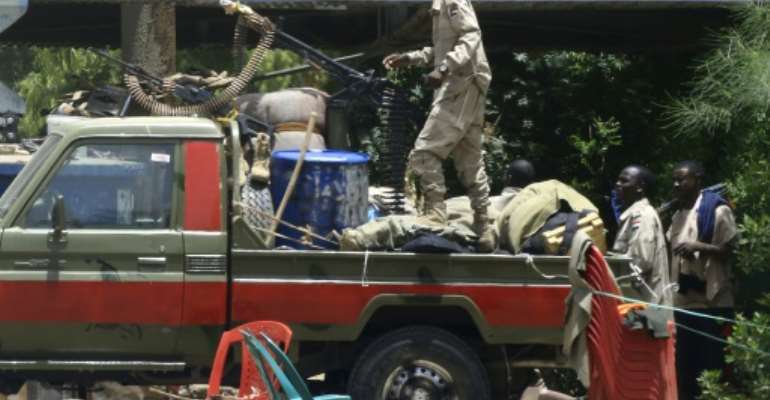 A top US diplomat will head to Sudan this week to urge an end to a bloody crackdown on protesters, Washington said Monday, as a nationwide civil disobedience campaign challenged the African country's ruling military council.

Tibor Nagy, the US assistant secretary of state for African affairs, plans to meet both members of the military leadership and protest leaders in Khartoum, the State Department said.

He is to leave on the trip on Wednesday and also visit Ethiopia to discuss the Sudan crisis with the regional power as well as the African Union.

"He will call for a cessation of attacks against civilians and urge parties to work toward creating an enabling environment" for talks to resume, the State Department statement said.

Protesters who been camped outside the army headquarters in Sudan's capital Khartoum to demand the military council hand over power to civilian rule have been brutally dispersed since early last week in a crackdown that left dozens dead.

The death toll is as high as 118, according to a doctors' committee linked to the protesters. The health ministry says 61 people died nationwide, 49 of them from "live ammunition" in Khartoum.

Late Monday the military council said several members of regular security forces had been arrested in connection with the killings, state media reported, adding that the council said those arrested would face justice.

'Deported against my will'

The military council in April toppled longtime president Omar al-Bashir after months of protests against his 30-year-rule.

Various negotiations have taken place with the council to persuade it to step aside for a civilian administration, but they have since stalled.

A Sudanese rebel leader, Yasir Arman, who had arrived in Khartoum late last month to take part in the talks said Monday he and two comrades had been forcibly deported from Sudan to neighbouring South Sudan.

"I was deported against my will... I have been deported from my country," he told an AFP reporter at a hotel after arriving in South Sudan's capital Juba.

Arman said on Twitter he had been deported by "military helicopter".

"I was not aware of where they were taking me. I asked them many times," Arman added, saying he and his comrades, Ismail Jalab and Mubarak Ardol, had been tied up for their flight.

Arman was arrested on June 5. Jalab and Ardol were detained from their residences after meeting Ethiopian Prime Minister Abiy Ahmed in Khartoum on Friday for talks aimed at reviving the negotiations between Sudan's rulers and protesters.

A man crosses a street by RSF vehicles in Khartoum's Nile street on Monday. By - (AFP)

Ahmed's office tweeted that the Ethiopian leader had also met on Friday with the head of Sudan's military council Abdel Fattah Burhan to pursue "mediation progress".

The alleged deportations came as digital rights group Netblocks reported "a near-total blackout" of internet coverage in Sudan for part of Monday.

Hours later at least some internet access had been restored, with several hotels and residents confirming they were able to go online again.

But vehicles manned by heavily armed units of the feared Rapid Support Forces (RSF) loyal to the military council patrolled Khartoum, carrying out orders from the ruling generals to bring "life to normal" after protesters had set up roadblocks across many areas of the capital.

Sudanese citizens wait for treatment at a hospital in Khartoum's twin city of Omdurman, as doctors took part in the second day of a nationwide civil disobedience campaign on Monday. By - (AFP)

The RSF has been accused by witnesses of taking part in the killings last week during the clearing of the weeks-long sit-in outside the army headquarters.

The generals have blamed protesters for a deterioration in security in Khartoum and across the country.

They announced that security forces on the streets would be boosted after four people were killed in clashes on Sunday -- two in Khartoum and two in Omdurman, just across the Nile river.

Much of capital shut

Residents of Omdurman walk through the market district in the Sudanese capital's twin city. By Ashraf SHAZLY (AFP)

Several shops, fuel stations and some branches of private banks were open in Khartoum, an AFP correspondent who toured the capital said. Public buses were also ferrying passengers, while more vehicles and people were seen than the previous day.

But most parts of the capital remained closed as shopkeepers, traders and employees opted to remain indoors.

Those who ventured out said they had to earn their livelihood.

"If I work it does not mean that I don't support the revolution," said bus driver Abdulmajid Mohamed.

"I have to work to support my family or else we will have no money."