Economic Impact Of Mining In Ghana 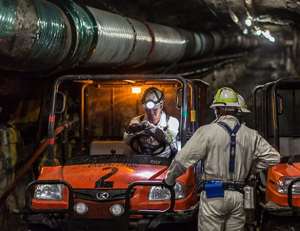 The World Bank has recently published a report that shows that Ghana has now surpassed South Africa as the leading producer of gold in Africa - exporting 158 tonnes of gold in 2018, making close to 15% increase over the previous year. This feat is not surprising as Ghana was known for tremendous gold production in the 1980s. In 2008, Ghana was ranked the leading gold producer in Africa, producing 80.5 tonnes. The contribution of gold to the economy of Ghana has been remarkable even though Ghana produces diamond, manganese and bauxite. In 2015, earnings from gold accounted for 96.68% of the total earnings from exported minerals. Diamond, bauxite and manganese racked up 0.31%, 1.24% and 1.95% respectively.

Ghana’s mining sector has witnessed a steady growth in recent times, contributing significantly to revenue generated by the government.

The mining sector contributed GH¢15.8 billion and GH¢17.1 billion in 2016 and 2017 respectively. Proving to be one of the largest sources of revenue to the government as mineral royalties, corporate taxes and employee income taxes play pivotal roles in collecting revenue from the sector. The increment in revenue is mainly attributed to the increase in the volume of production of traditional minerals, coupled with favourable prices of commodities on the international markets. Bauxite production increased appreciably from 1.3 million metric tonnes in 2016 to 1.5 million metric tonnes in 2017. Manganese production saw an increment of 49% in 2017 over manganese produced in 2016, representing 3 million metric tonnes. The significant growth in the mining sector would not have been possible without the input of foreign investors. Currently, AngloGold Ashanti, Newmont Ghana, Gold Fields Ghana, Asanko Gold, Chirano Goldmines among others continue to invest in Ghana’s mining sector.

Even though the mining sector in Ghana has shown bright prospects, the sector has seen its share of low points. In 2014, AngloGold Ashanti announced a restructuring process that affected the Obuasi goldmine; one of Ghana’s longest - producing underground and open pit mine. The Obuasi concession at the time was Ghana’s third highest gold producing goldmine with staff strength of about 4,300. In the end 3,700 workers were made redundant, leaving only 600 workers who assisted in the restructuring process. The restructuring was necessitated by the need to extend the life span of the mine to an additional 17 years with the goal of relying heavily on machinery instead of human labour. The closure of the mine had an enormous impact on the socio-economic activity of inhabitants of Obuasi and the entire nation as employee income tax and gold production from the Obuasi goldmine declined after the closure of the mine.

Ever since the Obuasi goldmine began operation in 1897, the goldmine has been a centrepiece for commercial activity in Obuasi and Ghana as a whole, providing an unwavering revenue stream of earnings from the export of gold.

In the first quarter of 2019, the President of Ghana, Nana Addo Dankwa Akufo-Addo, the Asantehene, Otumfuo Osei Tutu II, and the management of AngloGold Ashanti outdoored the redevelopment project of the Obuasi goldmine – the mine is expected to generate US$ 98.18 million annually as royalties whiles taxes will be withheld for the next 22 years as the mine provides 2,500 jobs. The redevelopment of the Obuasi goldmine is needed to boost economic activity in the country. Unemployment rate in Ghana has averaged 5.41% between 1991 and 2017, reaching an all time high of 10.40% in the year 2000 and a record low of 2.20% in 2013. Bringing the Obuasi goldmine into operation has been a priority of the current government as the mine has the capacity to employ thousands of workers both directly and indirectly.

For many decades, remuneration in the mining sector has been plagued with a wage disparity between the senior staffs and the junior staffs - with the latter representing a larger percentage of the workforce in the sector. In 2016, the research department of the Ghana Mine Workers Union (GMWU) presented a research work that shows that it will take the junior staffs a minimum duration of 9 years to earn what the top executives earn in a month. The report also shows that majority of the top executives are expatriates, whose earnings account for 49.8% of the sectors income share. The situation is not different in other mining industries in Africa. This is due to the fact that most mining companies are multinational companies that prefer highly skilled labour during the exploration, mine planning and the mine operation stage as they consider the size of the investment at stake – it is much safer to recruit the services of experienced Geochemists, Geophysicists, Geotechnical engineers and mine drillers as in most cases the site for the mines are virgin lands.

At the initial stage, drilling for the exact location of the ore can cost millions of dollars and it can be a daunting task even for the experienced drillers. The mine planning process which is the next stage after discovering the ore requires experienced Geotechnical engineers to build the mine with the appropriate infrastructure. The daily operation of the mine is characterised by the use of heavy machinery like the haul trucks which are very expensive – the cost for the six tyres of the Caterpillar 797 haul truck was more than GH¢1,366,800 in 2009. Unfortunately technical institutions and universities in Ghana have not received the required financial support from subsequent governments that will enable the institutions to offer hands-on practical training to students in the field of mining. This glaring situation in Ghana compels mining companies to engage the services of fly-in fly-out (FIFO) Expatriates who are highly skilled at the expense of Ghanaian workers. To rectify this continuous anomaly, it is imperative for policy makers to implement policies that will give technical institutions and universities the adequate financial support that will enable them to build the most appropriate capacities. The mining sector is capital-intensive so training personnel for the sector requires the requisite capacity to prepare the highest quality of workers for a sector with an incalculable future.

The life cycle of a mine for most cases in Ghana has ended with many illegal miners losing their lives in abandoned mining sites. There is a growing number of extraction sites being turned into sites of attraction in other countries. Unlike most of the abandoned mining sites which have become death traps for illegal miners in Ghana, these former mining sites can be developed into tourist sites that could generate revenue. Salina Turda – a salt mine in Romania was the first disused mine that was converted into a tourist site in 1992. With an underground theme park, a spa and a wellness centre that makes use of the healing properties of the remaining salt in the mine, Salina Turda attracted close to 618,000 tourists in 2017 - as quoted by Agerpres, the national news agency of Romania.

The Zip Below Xtreme – an abandoned slate mine with depth of 375 meters (1,230 ft) beneath the mountains of Wale’s Snowdonia National Park in the UK became the deepest zip wire in the world when it was opened in March 2015 also attracts many tourists around the world. These are a few of the many examples that could aid policy makers in Ghana in implementing policies that will make good use of abandoned mining sites.