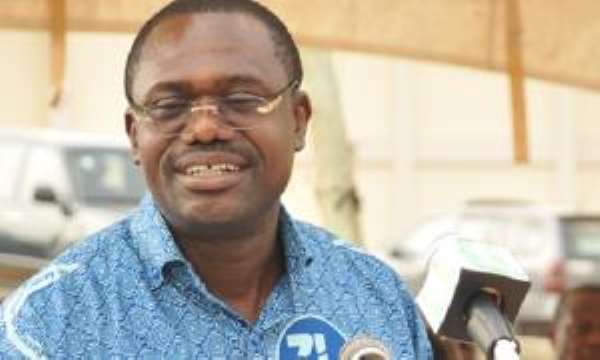 The Executive Chairman of Zoomlion Ghana Limited, Eld. Dr. Joseph Siaw Agyapong has pleged the Company's total commitment to establish waste treatment plants across the sixteen regions in the country to manage plastic waste products into something valuable.

Zoomlion Ghana Limited, over the past decade, has provided integrated waste management solutions from waste collection, haulage, composting and recycling; where waste is recycled into reusable materials such as compost for Agricultural input.

Speaking to Pentecost Media Guide after the launch of the Pentecost Professionals Network by the Chairman of The Church of Pentecost, Apostle Eric Nyamekye over the weekend to propagate the vision of the church, the Executive Chairman of the Company, Dr. Siaw disclosed that the Company started its operations in the northern part of the country with only tricycles to collect wastes.

He added that the Company has established one in Eastern Region and in Tamale.

He said already the Company is establishing some in Kumasi and Takoradi.

"Our prime aim is to establish Waste Treatment Plants across the country and currently we have built one at Jamestown, in Eastern Region (at Adjeikojum), Tamale and we are currently establishing a big one in Kumasi and Takoradi", he told the media.

He noted that if the country support the establishment of these Plants it will end the importation of fertilizers imported every year by the Government.

"In Ghana here, every year, we import 38 million dollars of fertilizers for farmers but if we all support the establishment of Waste Treatment Plants, we will get fertilizers from it without importing any Fertilizers for our farmers because in some foreign countries they have done these and recycling plastic wastes into so many things", emphasized.

Dr. Siaw indicated that the establishment of these Plants will create a lot of employment for the people of this country.

"...If we are able to establish these Plants, it will create employment and at least one Plant will create 250 jobs for people. It is more beneficial to establish Waste Treatment Plants than disposing wastes indiscriminately".

Dr. Siaw Agyapong therefore commended the Minister for Sanitation and Water Resources, Hon. Cecilia Dapaah for providing 20,000 dustbins to be put on the streets of Accra, the Nation's capital.

"I will take this opportunity to hail the Minister for Sanitation, Hon. Cecilia Dapaah who recently provided 20,000 dustbins to be put on the streets of Accra", he acknowledged.

He pledged the Company's readiness to support President Akufo-Addo make Accra the cleanest city in Africa.

"We will support President Akufo-Addo to make Accra the cleanest city in Africa", he promised.

He also charged the media to intensify its campaign against the improper disposal of refuse as they did against Galamsey.

He said the major challenges facing this country is landfills sites.

In this situation, Dr. Siaw Agyapong has pledged to establish similar Waste Recovery Plant at Jamestown in all the regional capitals in the country.

Dr. Siaw Agyapong opined that some people sit on radio to say negative things against him and his Company without facts.

He added that some people have deliberately decided to tarnish the image of his Company (Zoomlion) but emphasized that his focus to render good service to the country will be the company's guide.

"...And sometimes some people talk without facts and recently the Attorney General said anybody accusing Zoomlion Ghana Limited of any deal should bring his or her prove.

"In Ghana here, it is easy for someone to sit on radio to call somebody thief but when ask to prove then the person runs away. Some people just decided to tarnish the image of Zoomlion Ghana Limited," he intimated.

He, therefore, disclosed that as a result of great work he is doing, the World Bank has recognized his Company (Zoomlion Ghana Limited) as one of the best companies in the World.

"...Because of great work we are doing, World Bank has recognized Zoomlion Ghana Limited as one of the best companies in the World", he posited.

He also disclosed that as a result of the great work he is doing in Africa, the Harvard University in England has appointed him as a Board Member of Centre for African Studies of the institution.

"I have been appointed as a Board Member of Harvard University in England of Centre for African Studies and it is because of our great service we are rendering and I even asked the University how did they see me and appointed me and they said they have seen all that you are doing.

"So if I am doing something bad like I don't think they would have appointed me but I know everything that we are doing some people will talk about it but we are focused", he stressed.