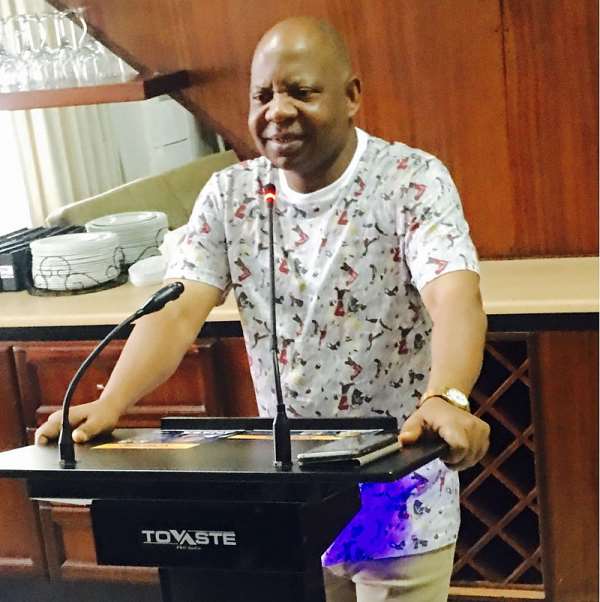 The Senior Pastor of Calvary Charismatic Church Pastor, Ransford Obeng, has added his voice to the many calls on the National Media Commission to ‘sit up’ and regulate religious activities in the media.

He said it is high time the NMC took steps to bring sanity unto the airwaves and stopped the current trend.

The CCC pastor said pastors should also be made to know that coming unto radio or television is a huge responsibility and that their utterances and actions need to be guarded.

Pastor Obeng was addressing journalists during a blood donation exercise at the church premises to commemorate his 63 birthday.

It has become an annual norm at CCC which is one of the biggest charismatic churches in the Ashanti region to honor God and their pastor with the donation of blood to save lives on his birthday.

The Komfo Anokye Blood Bank has for the past six years benefited huge pints of blood from these exercises.

Pst Obeng who is known for his frankness and straightforwardness asked why the church should suffer for the incompetence of some people.

His call adds up to the numerous others who think state institutions should be reminded of their core duties and be made to rise up to their responsibilities in the creation of a conducive atmosphere for all citizens within the country.

“We have freedom of worship in Ghana and I wouldn’t like anything to infringe on our freedom, but the state institutions must rise up and check everything going on that is wrong” Pst Obeng noted.

Looking at the huge support the then opposition New Patriotic Party enjoyed from pastors and their congregants in the run-up to the 2016 elections, many are surprised the NPP led legislature would consider a regulation which the pastors are so unhappy with.

Meanwhile, the Head of Blood Donor recruitment at KATH, Mr. Kwame Asenso Mensah was grateful to Pst Ransford Obeng and the CCC.

He, however, was not enthused with the low donor participation of the adult population in the country saying most of their donors are youth mostly in the Senior High Schools.