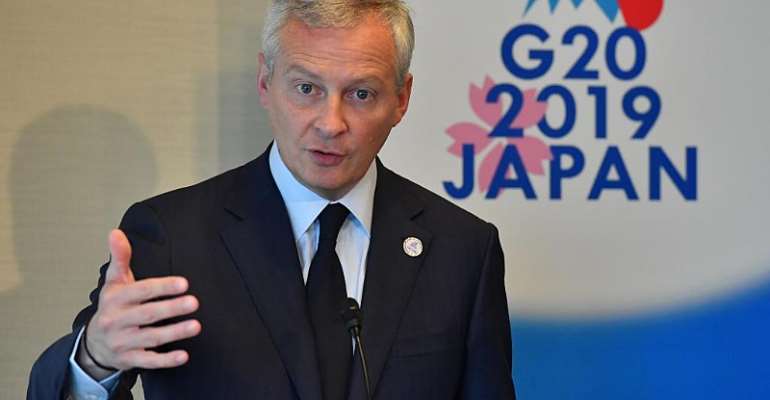 The idea of a merger between Renault SA and Fiat Chrysler (FCA) remains a "good opportunity," French Finance Minister Bruno Le Maire said Monday, but insisted Renault's alliance with Nissan should be reinforced first.Their two-decade-old partnership is on the rocks after the French carmaker demanded a greater say in Nissan's governance overhaul.

However, he insisted it was merely a second step, the first being to "reinforce the alliance" with Nissan.

Le Maire's comments, made during his G-20 trip to Fukuoka, Japan at the weekend, come amid strained ties between Renault and its partner, Nissan Motor.

The French Finance Minister said that France was willing to reduce its 15 percent stake in Renault if such a move would strengthen the alliance.

The suggestion was dismissed in Tokyo, where Nissan sees France as a cause of tension in the alliance and would prefer a full exit by the government, according to sources.

The role of the French state is under scrutiny following last week's failed merger talks, after Paris demanded more time to ensure Nissan supported a tie-up.

It in fact emerged that the Japanese carmaker had been kept in the dark about the Fiat-Renault deal until the last minute.

'Most regrettable'
The rift between the two partners, already stressed by the Carlos Ghosn affair, lurched into deeper crisis on Saturday when Renault Chairman Jean-Dominique Senard sent a letter to Nissan Chief Executive Officer Hiroto Saikawa, threatening to block the Japanese company's plan to overhaul its troubled corporate governance.

“Nissan has received a letter from Renault indicating intention to abstain from voting,” Nissan said in a statement.

Because Renault owns 43% of Nissan and the measure requires two-thirds vote, an abstention would prevent the proposal from passing.

“Nissan finds Renault's new stance on this matter most regrettable, as such a stance runs counter to the company's efforts to improve its corporate governance,” the statement added.

Senard justified the abrupt U-turn by arguing that the introduction of a three committee system might somehow be used to reduce the influence of Renault as Nissan's largest shareholder.

Resolve your differences
“Renault's rights as 43.4% shareholder of Nissan need to be fully recognized and, at a minimum, one or two directors proposed by Renault should be members of each of the three committees,” Renault said in its letter, a copy of which was viewed by Reuters. “As currently proposed, this does not seem to be the case.”

People close to Nissan have speculated that Senard's intervention may be an attempt to gain an advantage over its alliance partner either in expectation that FCA may come back to the negotiating table.

For now, merger talks are on hold. As for the fraught Renault-Nissan alliance, Le Maire and his Japanese counterpart Hiroshige Seko have stated that it is up to both companies to resolve their differences.