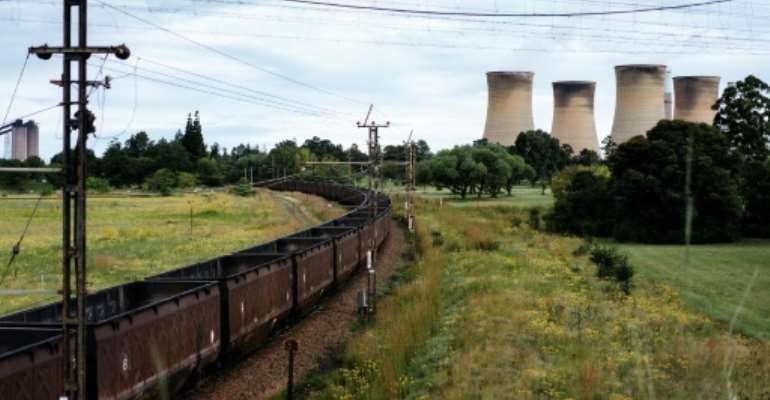 Two South African environmental groups are suing the government over air pollution in the northeastern province of Mpumalanga, where 83 percent of the country's coal is mined, their lawyer said Monday.

GroundWork and the Vukani Environmental Justice Movement in Action say the government has violated the constitutional right to a healthy environment.

According to an October report by Greenpeace, Mpumalanga's nitrogen dioxide emissions are the highest in the world.

Papers were served on Friday to the South African president, the national air quality controller and the environmental minister, and they have 15 days to respond to the application, the NGOs' lawyer Robyn Hugo said.

Activists say being exposed to toxic products from coal plants such as sulphur dioxide and heavy metals like mercury have led led to chronic diseases like asthma, bronchitis and lung cancer and contributes to cerebral accidents and premature births.

According to an independent survey cited by the two NGOs, the 12 Eskom sites plus two others are responsible for the bulk of air pollution which caused between 305 and 650 premature deaths in the province in 2016.

"We want an order that the minister must make regulation to implement and enforce (an) air quality management plan," Hugo said.

"(The) government's attitude is these things take time, we will get there eventually and we are saying that is not acceptable."

Last month, South Africa, the continent's leading industrial powerhouse and its top polluter, introduced a carbon tax for businesses that will be levied from June 1 on greenhouse gases from fuel combustion and industrial processes and emissions.