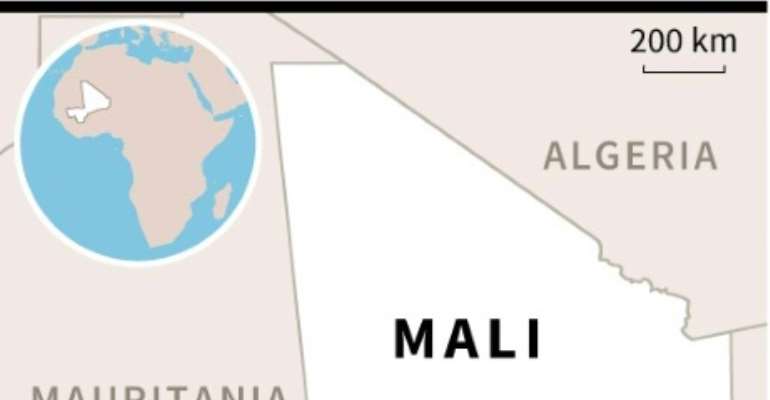 Map locating the village of Sobane-Kou in Mali. By AFP (AFP)

Ninety-five people in a central Malian village inhabited by the Dogon community were killed by gunmen in an overnight attack, a local official and a security source said Monday, giving a provisional toll.

"Right now we have 95 dead civilians. The bodies are burned, we are continuing to look for others," an official in Koundou district, where the village of Sobane-Kou is located, told AFP.

A Malian security source at the site of the massacre said "a Dogon village has been virtually wiped out".

The local official said the attackers came and "started shooting, pillaging and burning."

The village had about 300 inhabitants, the official said, speaking on condition of anonymity.

The attack appears to be the latest incident in a cycle of violence in central Mali, an ethnic mosiac.

The tit-for-tat began when a predominantly Fulani jihadist group led by preacher Amadou Koufa surfaced in the region and started targeting the Bambara and Dogon ethnic groups.

The Fulani, also known as Peul, are primarily cattle breeders and traders, while the Bambara and Dogon are traditionally sedentary farmers.

On May 16, the UN mission in Mali (MINUSMA) announced it had recorded "at least 488 deaths" in attacks on Fulanis in the central regions of Mopti and Segou since January 2018.

In the bloodiest raid, about 160 Fulani villagers were slaughtered in March at Ogossagou, near the border with Burkina Faso, by suspected Dogon hunters.

MINUSMA said that, also since January 2018, armed Fulanis had "caused 63 deaths" among civilians in the Mopti region.

Koufa in March 2017 joined the newly-formed Group to Support Islam and Muslims (GSIM), the leading jihadist alliance in the Sahel region, with links to Al-Qaeda. Its leader is Iyad Ag Ghaly.