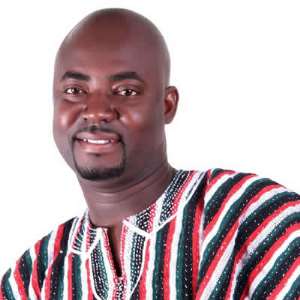 Hon Mohammed Abdul-Aziz, Member of Parliament for Mion Constituency in the Northern Region has chided President Akufo-Addo's government One-Village-One- Dam policy, describing it as a deceptive policy ever in the history of democracy.

According to him, the policy though is laudable, it has been poorly implemented as dams government claimed to have executed are turned out to be dugouts.

Hon Abdul-Aziz made this comment during a newspaper review discussion on GHONE TV , Monday June 10.

His comments were in response to the Minister of Information, Kojo Oppong Nkrumah claims that, government did not promise to build the Akosombo Dam type in the villages.

The Minister accused the National Democratic Congress (NDC) of doing propaganda with the reality on the ground.

But the Mion lawmaker debunked the information Minister accusation stressing that it was not the NDC that commenced Joyfm Documentary that exposed the shoddy works neither the residents who lambasted government were members of NDC.

He noted that the shoddy works on the dam project exposed by the media have vindicated the stance of the NDC and cautions to government.

The MP said, before the NPP government embark on the 1V1D projects, the NDC cautioned that, it was not possible to build Dams in every village describing it as deceptive policy to hoodwink the electorates.

Hon Abdula-Aziz said, the NDC realized some structures constructed in some villages in northern Ghana were actually dugouts and not dams.

He argued that, the NPP promised dams and not dugouts during the 2016 elections campaigns indicating that the people of the Northern sector have been shortchanged.

President Akufo-Addo at a meeting with delegation from the Navrongo Traditional Area in the Upper East Region, last month said he will investigate reports of shoddy works on dams being constructed under the One-village, One-dam government initiative.

According to the President, he was aware of claims by a section of the media that some residents of beneficiary communities were not satisfied with the quality of work on the dams being constructed in their respective areas.

Bawumia Is Making Comedians Jobless With His Economic Jokes ...
27 minutes ago