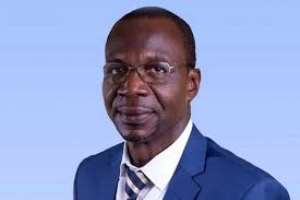 The President of the Ghana Journalists Association (GJA), Affail Monney has left the country to attend the 2019 Congress of the International Federation of Journalist (IFJ) in the Tunisian capital.

IFJ is the largest global federation of journalists' trade unions and associations, which aims at protecting and strengthening the rights and freedoms of journalists.

Scheduled to place from Tuesday, June 11, 2019, to Friday, June 14, 2019, high on the agenda of the Congress is the election of a new IFJ President and Executive Council members.

A statement issued by the General Secretary of GJA, Kofi Yeboah on Monday, disclosed there are to elect strong moves from the African caucus to elect an IFJ President from Africa first time in the 93-year history of the federation since it was first established in 1926.

The delegates, according to the statement, will also discuss critical issues in the media industry globally, with the safety and welfare of journalists on the front burner.

"The GJA has been a long-standing affiliate member of the IFJ, contributing significantly to the aspirations and development of freedom over the years. The GJA President is expected to return home from the Congress on Monday, June 17, 2019.