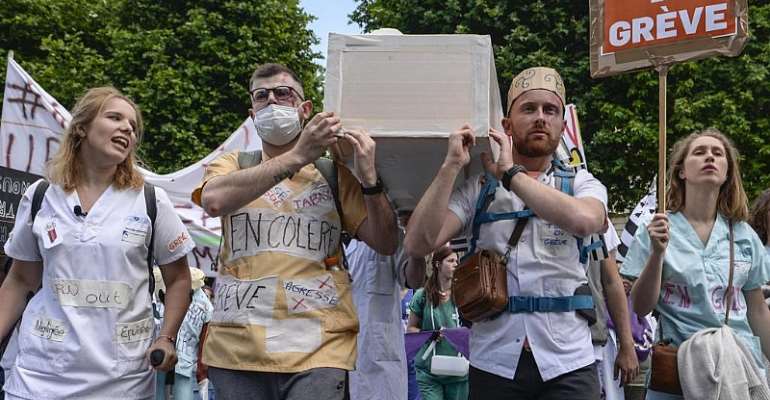 Sixteen out of 19 staff members in the emergency department of Paris's Saint-Antoine hospital were the latest to be written off for burnout, after being forced to work for 18 hours straight on Saturday.

This comes after 65 percent of the emergency night team at Lariboisière hospital, also in Paris, took sick leave shortly before their shifts were due to begin at 9pm. The death of a 55-year-old patient awaiting treatment at Lariboisière in December prompted an investigation from Paris hospital authorities.

Hospital workers across France have carried out similar stay-away measures. The crisis reaching a tipping point in Jura, eastern France, where authorities sent gendarmes with requisition orders to the homes of healthcare workers demanding they turn up for work.

More than 80 emergency services across the country mounted a 5-minute strike on 28 May to protest a lack of staff and of resources – which they say is putting them under severe strain and putting patients in danger.

However the strike was largely symbolic because emergency room staff in France cannot legally walk off the job. Instead, paramedics have been draping hospital rooms in banners and emblazoning their uniforms with protest slogans while continuing to treat patients.

Emergency workers are demanding more beds, more caregivers, and a re-evaluation of their salaries.