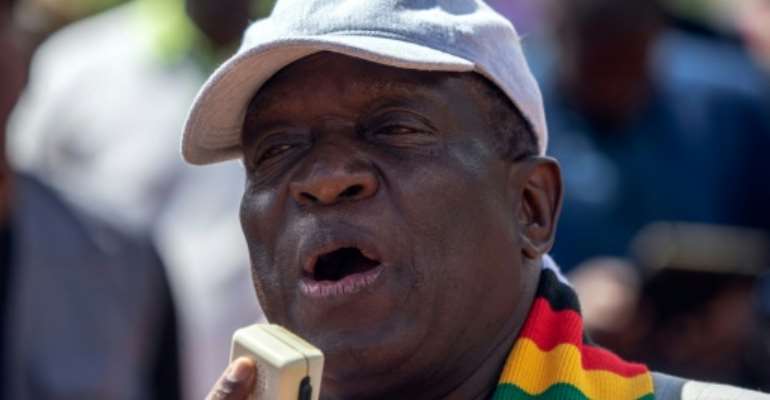 The activists are accused of attending a workshop on how to overthrow the government of Zimbabwe's President Emmerson Mnangagwa. By ZINYANGE AUNTONY (AFP/File)

The pair were among a group of seven human rights defenders arrested at Harare airport on their arrival from the Maldives, where police allege they attended a workshop on how to overthrow President Emmerson Mnangagwa's government.

"We welcome the court's decision in releasing the human rights campaigners. They did not deserve to have been in prison in the first place," he said.

Mafunda said they were released on $1,000 bail each and that the court imposed "onerous conditions" on the activists, including having to report to a police station every day.

Their five co-accused were released on bail on Friday.

Their arrests came after state-owned newspaper The Herald ran a story saying that "a group of shady organisations with links to the (main opposition) MDC-Alliance has been hard at work laying the groundwork for civil unrest".

Police say the activists attended a workshop in the Maldives conducted by a non-profit Serbian organisation, the Centre for Applied Nonviolent Action and Strategies (CANVAS).

After protests in January triggered by a doubling of fuel prices, Mnangagwa warned that the authorities would target rights groups deemed to be anti-government.

The authorities blamed the protests on the MDC party and non-governmental organisations that they said were backed by Western nations.

Zimbabwe's police and army have often used brutal force, including the use of live ammunition, to crush dissent.