Of UP Tradition 1956 Secretariat, Zoomlion, Ameri And Aisha Huang 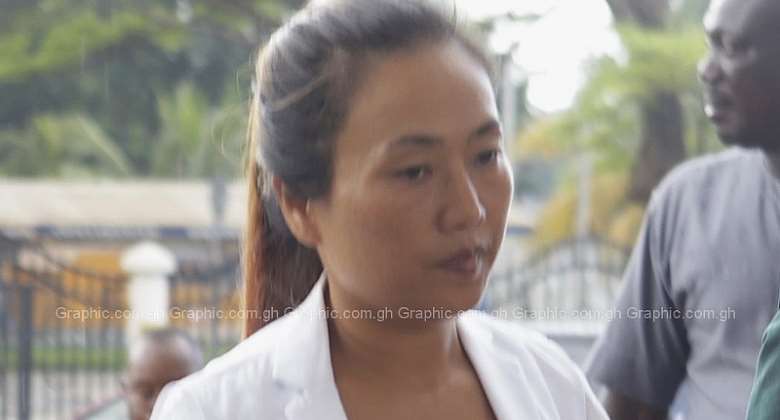 Contrived scandals are no better than the trash that Zoomlion is unable to cleanse the nation of, especially when they are spuriously planned to divide the NPP into tribal factions rife with feuds as is currently the status quo within the Vulture head umbrella party, the NDC.

To bring to light a non-existent so-called Akyem Mafia just to slander the President with is rather pathetic. Say we want to go the way of comparison, the NDC party is the worst in such divisiveness. John Dramani Mahama’s government featured majority of its officials from the upper section of the country. In fact, our NPP tradition frowns on that, being a party that considers abilities, capabilities, and competence over the tribe that any appointee hails from, albeit there is an effort to maintain a balance of some sort. For example the sterling governments of His Excellency John Agyekum Kuffuor had many astute politicians and competent appointees in positions that satisfied to a large extent the issue of all-inclusiveness, even though the Akyems were a minority in governance at the time.

So whoever that person is or those people of the UP tradition secretariat are, what is the import of the junk that they put out except to infer that it is a mere ejaculation of their bigotry splashed too far?

Let me assure Ghanaians that Zoomlion’s contract was not renewed, as far as my checks are concerned. Jospong is a purported national fraudster under investigation, and even though he allegedly managed to bribe almost every politician and every journalist in and out of this country, there are those few persons his filthy money cannot buy. Recently, a media person operating out of Holland, I am informed, was supposedly bought. We will soon reveal the details as our insiders are investigating the mode of payment. However, if any such thing as renewing fraudulent contracts for Jospong goes on, the perpetrators will be sent to the cleaners immediately, so help me GOD!

On the issue of the much touted Ameri deal, let it be said that Gabby Asare Otchere-Darko has no hand in any part of it. In fact he used his own resources to travel to Jacksonville, Florida, in the USA to investigate the bases of the deal. He dealt with Norwegian journalists to expose this rot. During the transition after winning elections 2016, he met the Ameri folks with Hon Boakye Agyarko and told them not to expect to deal with the new government on this or any other business unless they agreed to have the deal reviewed. In that meeting his submission was clear-cut and direct. He informed them that nothing will be done about it until the transaction is renegotiated in such a manner that will inure directly to the benefit of the country in a reversal of the 419 status that the NDC had shrouded it with. And when the then Minister for Energy, Hon Boakye Agyarko, formed his committee, Gabby was not part of it, and subsequently had no part in it. I won’t mince words to attack the Ameri initiative and any other person or persons involved in that scandalous venture of the NDC. We are lucky that Akufo-Addo became President to bring sanity to a crazy contract that could have brought disaster to our fiscal structures. Anyway, however the Ameri deal ended, people must know that it is now favouring Ghanaians rather than the pockets of the NDC thieves. That is why the UP tradition 1956 secretariat committee, suspiciously working a camouflaged NDC agenda, is so peeved about.

Aisha Huang or whatever the bitch’s name is has a serious case to answer to, but the damage is already done. So if the Chinese government offers to give Ghana a good package to indirectly pay back what Aisha exploited, and much more, what would you as a government say? Left up to me I would look at the cards on the table and weigh the options. If the proposal favours Ghana, why would I want her in jail wasting our time and resources for, and spreading HIV to all those around, a sickness she is thought to be infected with? No, I will rather make a deal! So if the words of the Honourable Senior Minister were intentionally misconstrued in order to create a wave of insalubrious attacks on him, who cares! After all, the government is looking at the general benefit of Ghana, and not the individual concerns of devious characters with unnationalistic intents of causing divisiveness to the general cohesion so far recognised by the astute governance of our irenic president, His Excellency Nana Addo Dankwa Akufo-Addo. Suffice it to say that the truth has to be said, and where it favours Gabby so be it, and where it does not favour him, also so be it.

This is an intrepid war against charlatanism, fiscal indiscipline, and general impropriety of governance. Certainly, I, Gabby, Osafo Marfo, and the government of Nana Akufo-Addo are at the frontlines!