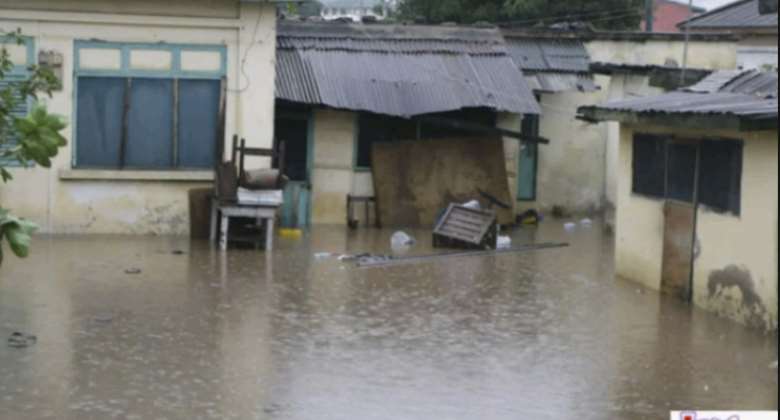 As the aphorism goes ‘cleanliness is next to godliness’ but I dare say that this ancient doctrine is alien to the Ghanaian community. I wish to state clearly and unambiguously that this piece is an expression of personal opinions and since opinions are like noses I know some people will make a grimace of disgust as they read this piece but I do not expect everyone to gullibly consume this piece and totally agree with me since I am just belching out what I do not like about the attitude of the Ghanaian people.

On Friday, after I returned from a friend’s end; I hurriedly turned on my one-year-old television to catch a glimpse of the happenings across the length and breadth of the country at the comfort of my room faraway at Jirapa in the Upper West Region. Shocked as I was, it was headlined that flood has displaced a couple of people in Accra again. I quickly took my phone and placed a call to my dear ones at Accra and glory to God they were also watching the news unaffected. This is a public knowledge that needs no further interrogation what triggered the flood in Accra and its environs. After some couples of hours, people began apportioning blames to some selected individuals, institutions and government for failing to live up to expectation which of course has triggered the flood that has rendered many people homeless. But should we always rash to blame without any introspection?

Today, I am not going to talk about the many ‘borrowings’ of the Nana Addo led government, neither am I going to talk about the double track system that has left many students chasing each other around at home with relationships, I will do as much as possible to be silent on the current security situations in the country where one will lock his main gate, lock the verandah gate, lock the trap door, lock the door itself and is yet afraid of being attacked or kidnapped at the least chance. I promise not to also touch on the trending issue that has left the Canadian government furious over some Ghanaians who have no knowledge about the two kidnapped Canadians in Kumasi and I have zipped my mouth against commenting on the comments made by the first gentleman of this land at an international scene all the way at Canada about women {more painfully my mother inclusive} about their demeanor in handling higher positions.

I want to streamline my venom and glisten it overall Ghanaians. People of the nation, even if one has never stepped his foot in Accra, one should have at least seen the congested nature of houses in Accra on TV. Accra is noted to be the smallest region but the most populated among all. The last time I went to Accra in 2018, I was shocked to see houses built on waterways, valleys and some even on gutters. Let the truth be said if waterways serve as residential areas, where should the water pass when it rains? We do these things and when the gods of the land get angry and allow the flood to alert us of our daily mistakes, we pay no heed but keep on repeating the same mistakes. To me, we still do not need the prophecies of Owusu Bempah and his kind, that, there will be floods and people will be displaced if we put up buildings in valleys, gutters and I dare say waterways. These are commonsensical issues that every well-meaning citizen should know even in your sleep.

Recently a video was spotted on social media about two women pouring a yank of rubbish on a waterway, for whatever reason they have I leave posterity to judge them. Are we serious at all? A six-month-old baby should know that such refuse discarded along waterways will, by all means, be choked somewhere else that will trigger flood. Please, he that comes to equity must come with clean hands. Sometimes we make unnecessary noise over issues without taking a cognizant and a holistic permutation of the origins of such predicaments.

Honestly, we don’t expect the president, His Excellency Nana Addo Dankuah Akufo-Addo to go around collecting sachet of pure water and polythenes littered around by the very people who complain of poor drainage system just because he should ensure the safety of the very people who gave him power to man the nation. Let us not pretend as people. Do you go about littering your own room just because it is the responsibility of your wife to sweep it? Isn’t it weird that the very counselor needs to be counseled by the counselee?

We are living in a society where our gentility does not reflect our attitude. It is very common today in society to see a university graduate gorgeously dressed and walk briskly, yet you see him/her throwing away pure water sachets into a gutter after he has quenched his thirst. It is about time we got to know that, education is not the ability to read and write, but education is the holistic development of the individual. We want to be gentle but to keep our environments clean ‘lailai’. When we are seen as a citadel of good stewards and virtues in the eyes of society it should reflect as such. If you have a swollen groin as a result of a sore on your leg, you don’t go about treating the swollen groin leaving the sore, common sensically, you treat the sore and the swollen would disappear automatically. And so, until we change our attitude with how we liter the environment we will continue to suffer the same menace over and over again and our incessant complaints will yield no results.

Before my food gets cold, let me leave you with this; Abdu’ul Baha, a renowned successor of the Bahai Faith has this to say “in every aspect of life, cleanliness, and refinement exalt the human condition. Even in the physical realm, cleanliness conduces spirituality.”

I stand for cleanliness.

Well, let me use this golden opportunity to wish all final year students of Jirapa NTC good luck in their impending licensure exams; more especially my two younger brothers Paul and Sampson. May your success be celestial.