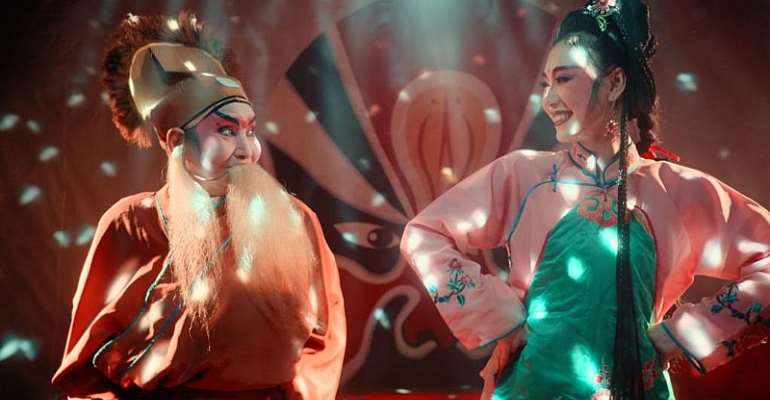 For several years now, the Directors' Fortnight at Cannes has been giving the films it selects an extra push in a few chosen cities after the festival fever has died down. This year they rise again in Paris, Marseille, Florence and Brussels. With a larger than normal number of films to do with the supernatural, that's hardly surprising.

French director Bertrand Bonello's The Zombi Child was one of the most warmly applauded films in The Director's Fortnight this year.

The opening film in the Cannes Film Festival Golden Palm competition was a very different and parodial entry from Jim Jarmusch, The Dead Don't Die.

The Grand Prix, Atlantique, Maty Diop's first feature film, where West African women are possessed by their shipwrecked economic refugee lovers, has a zombie ring to it.

Shanghai-born Canadian Johnny Ma's To Live to Sing is a different kind of renaissance. To Live to Sing is about a traditional Chinese opera troupe and their manager's struggle to keep the artform going. Society is changing fast and has little or no place for tradition. The story of the Zhang Xiaoli troupe from Chengdu in Sichuan Province is not particular to China or to Chinese culture.

He said that in his second feature, just as in his other fiction and documentary films, "I think I'm always trying to find hope... What is left is the music, the family spirit."

As of September 2019, some of the films chosen for the Directors' Fortnight are guaranteed screenings in venues which belong to the GNCR network of cinemas as a way of supporting up-and-coming film makers.

Participating cinemas are the Forum des Images in Paris, the Alhambra CinéMarseille in Marseille, Florence's France Odéon and the Cinétek in Brussels.