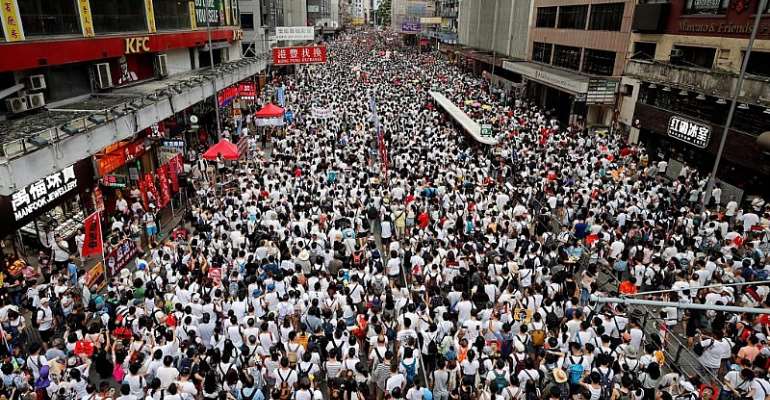 Hong Kong has witnessed the largest protest since the city's 1997 handover to China as huge crowds protested against plans to allow extradition to the mainland.

Organisers said more than a million people marched in blazing summer heat through the cramped streets of the financial hub's main island in a noisy but apparently peaceful demonstration calling on the government to scrap its planned extradition law.

The demonstration was by far the biggest the international finance hub has experienced since it was returned to China by Britain -- beaten only by a 1.5 million-strong demonstration during colonial rule in 1989 supporting the Tiananmen Square protesters.

Hong Kong's pro-Beijing leaders are pushing a bill through the legislature that would allow extraditions to any jurisdiction with which the territory does not already have a treaty -- including mainland China.

But the proposals have sparked an outcry and have unified opposition across a wide cross-section of the city's inhabitants.

Police, who systematically give much lower figures than organisers, put the peak crowd size at 240,000 -- still their second highest estimate since the handover.