The Clash Of 'Culture' In Europe

African Parents In Conflict With The Law
By Joel Savage 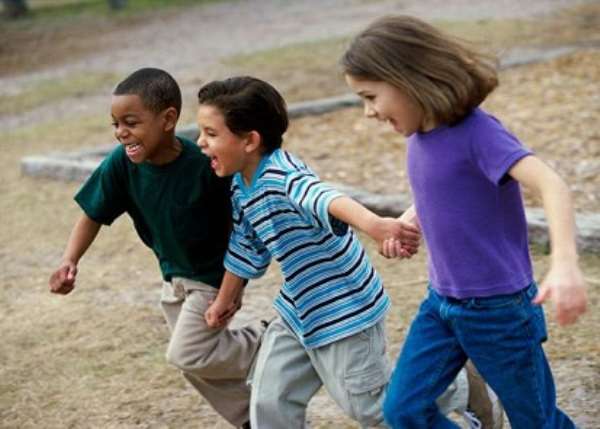 There is a proverb often said by Ghanaians that: "Human beings are trained not reared," in this way, a human being is not an animal to be reared. In Africa, our parents and school teachers disciplined us with iron fists. We were punished for every mistake we did because they think that's the way to bring up a child.

African children that usually join their parents or born in Europe, after some time begin to notice that there is something terribly wrong in Africa over the way children are disciplined.

For example, when I was in primary school, my teacher, Mrs. Hammond closes the entire class windows before her lunch. Everyone knows that but one day, I left something in the classroom and decided to go for it, so, I opened the door and went inside the class.

Mrs. Hammond wasn’t in the class yet, to eat, but I saw two of the female pupils who have been carrying out this daily ritual of windows closing. They quickly told me to get out because Mrs. Hammond is coming to eat. I asked them, “What kind of food Mrs. Hammond eats that every time the windows remain shut. I had no slight idea that I am a living dead because of the question I made.

When class resumes, in front of us, stands Mrs. Hammond, we were about forty in our class. The teacher informed the class what has transpired. I will never forget how the whole class with one deep thunderous voice bellowed, “Oh Savage.” The echoes of the deafening uproar still ring in my ears today over five decades ago.

An uproar with the definition of ‘lynch Savage, crucify Savage, kill Savage, or burn Savage, the angry wild looking dog alive. I don't understand the reason, even now pupils or students used surnames to call classmates or friends, instead of our first names. Everyone calls me Savage.

Mrs. Hammond asked for three tables to be lined up in a row, and I was told to lie on top. They called four strong boys, two holding my hands and others holding my legs, and I was given about twelve lashes which impact printed deep lacerations all over my back and buttocks.

It was when I came to Europe three decades ago; I realized that Mrs. Hammond had escaped a five-year jail sentence just like Nyantakyi. In Europe, you can’t do that to someone’s child without going to jail or losing your job as a teacher. The discipline most African parents and teachers were instilling in children at home or in school is a serious crime, yet they don’t know.

The pulling of children ears, caning a child who has committed an offense and putting mashed ginger or pepper into the anus of stubborn children, often taking place in Africa, are serious crimes that may put parents behind bars as well as losing your child forever in Europe.

It’s unfortunate that despite many years in Europe, some African parents wouldn’t like to accept the European laws over how to discipline a child. They can’t stand it when a sixteen-year-old girl or daughter comes home to introduce his boyfriend because it’s a disrespect to parents in Africa.

Some of these issues have placed many African parents in Europe into serious problems. Some feel the ground has been irremediably cut under their feet because of the restriction to see their own children, following the disastrous events between children and parents.

African parents are constantly in dispute with their own children over the type of lives they have chosen but the fact is we are not in Africa. It is one of the priority programs in European schools to find out if a child is having problems at home or not.

This is the reason; the social services will step in to investigate the problems the child has given out. On many occasions, African children call the police over problems they encounter with their parents. Imagine an African child, telling his father or mother “Fxxk you”, if you lose your temper and touches the child, the father or mother will be in serious trouble.

I know Kofi very well in Ghana before he came to Belgium to join his parents at the age of 10. When he was in Ghana, every Sunday, he carries his grandfather’s bible to the church. The last time I saw him was last year, at 23, receiving his Bachelor’s degree diploma in auto engineering.

I congratulated him and spoke about what God has done for him. Right in front me, he said: “In Africa, a doctor goes to school for many years, if he diagnoses an illness and prescribes medication and the patient gets well, they said God did it.” I looked at his face without a word.

African children are facing many challenges of losing the biblical faith they acquired from their parents but the reality is the parents can’t do anything about it, after all, the children spend many hours at school, from Monday to Friday, while their moments with parents are at weekends.

Therefore, the school has an influence on the children more than parents. I have tried it and find how helpful it is, the best way to let a child realize the deep love and the affection you have for him or her, is to control your emotions on certain sensitive or annoying issues.

Never raise your voice or hand on a child, that will give them the chance to think deeply if they are on the right or wrong path. Anger doesn’t solve problems it rather escalates problems.