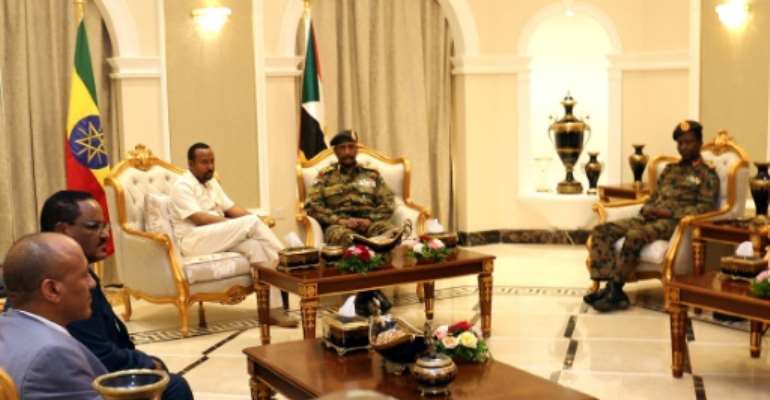 A key protest group on Saturday announced a nationwide "civil disobedience" campaign it said would run until Sudan's ruling generals transfer power to a civilian government.

The call by the Sudanese Professionals Association, which first launched protests against longtime ruler Omar al-Bashir, came days after a bloody crackdown on demonstrators left dozens dead in Khartoum and crushed hopes for a swift democratic transition.

"The civil disobedience movement will begin Sunday and end only when a civilian government announces itself in power on state television," the SPA said in a statement.

"Disobedience is a peaceful act capable of bringing to its knees the most powerful weapons arsenal in the world."

It was still unclear how the campaign would unfold on the streets, especially in Khartoum where all key roads and squares have been deserted since Monday's crackdown.

Led by men in army fatigues, the raid on the weeks-long sit-in outside the army complex left at least 113 people dead, according to doctors close to the demonstrators.

The health ministry says 61 people died nationwide in the crackdown, 52 of them by "live ammunition" in Khartoum.

Witnesses say the assault was led by the feared Rapid Support Forces (RSF), who have their origins in the notorious Janjaweed militia, accused of abuses in the Darfur conflict between 2003 and 2004.

The call for "civil disobedience" came a day after Ethiopian Prime Minister Abiy Ahmed visited Khartoum seeking to revive talks between the generals and protest leaders on the country's transition.

Sudan's military council seized power in April after ousting Bashir on the back of months-long protests against his three-decade rule.

Since then, it has resisted calls from protesters and Western nations to transfer power to a civilian administration.

Several rounds of talks with the demonstrators finally broke down in mid-May.

In a bid to revive the negotiations, the Ethiopian premier held separate meetings with the two sides in Khartoum on Friday.

"The army, the people and political forces have to act with courage and responsibility by taking quick steps towards a democratic and consensual transitional period," Abiy said in a statement after the meetings.

"The army has to protect the security of the country and its people and political forces have to think about the future of the country."

But three members of an opposition delegation that met the Ethiopian premier were later arrested, their aides said Saturday.

Opposition politician Mohamed Esmat was detained Friday, while Ismail Jalab, a leader of the rebel Sudan People's Liberation Movement-North (SPLM-N), was taken from his home overnight.

"A group of armed men came in vehicles at 3:00 am (0100 GMT) and took away Ismail Jalab... without giving any reason," one of his aides, Rashid Anwar, told AFP.

Esmat and Jalab are both leading members of the Alliance for Freedom and Change, an umbrella of opposition parties and some rebel groups.

The Alliance, of which the SPA is a key member, was the main organiser of mass protests since December that led to Bashir's ouster. 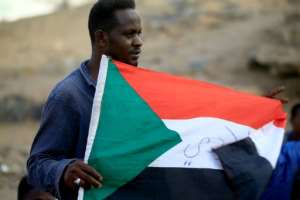 Sudanese protesters have been demanding that ruling generals hand over the reigns of power to civilian rule. By ASHRAF SHAZLY (AFP/File)

The arrests threaten to further complicate efforts to reconcile the protest movement and the generals.

Following Monday's brutal crackdown, chances of a quick democratic transition appear remote as protest leaders now insist that talks with the generals can resume only under certain conditions.

"The Transitional Military Council has to admit the crime it committed," Omar al-Digeir, a prominent protest leader told reporters on Friday after meeting Abiy.

He demanded an international probe into "the massacre at the sit-in" and called for all military forces to be removed from streets across the country.

Since the crackdown, Khartoum residents have mostly been sheltering indoors and the streets have been deserted.

RSF members and soldiers on Saturday cleared major Khartoum streets of roadblocks put up by protesters.

Demonstrators had used tyres, tree trunks and rocks to erect the makeshift barricades, which the generals had warned would not be tolerated.

RSF chief and deputy head of the military council, Lieutenant General Mohamed Hamdan Dagalo, has warned he will not tolerate "any chaos". 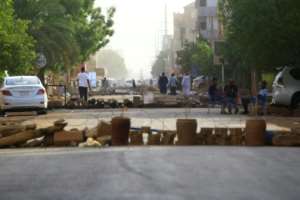 Protesters have blocked streets in Sudan's capital to to keep out military vehicles after a deadly crackdown by paramilitaries on a sit-in. By - (AFP)

Some barricades remained in place, witnesses said Saturday, but the protest site at military headquarters was out of bounds.

Troops and RSF paramilitaries surrounded it from all sides to keep demonstrators at bay.

The protest slogans that once rang across Khartoum -- "freedom, peace, justice" and "civilian rule, civilian rule" -- were nowhere to be heard.