Ukraine and Russia clash over Crimea at the ICJ 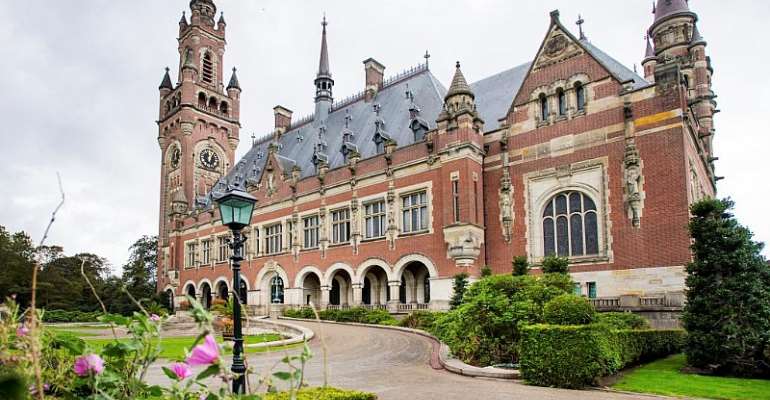 Ukraine and Russia have concluded the first week of depositions at the International Court of Justice in The Hague. Ukraine accuses Russia of not doing enough to prevent terrorism in its eastern Donbass region, and of violating the rights of Crimea's Tatar population.

“Never in my worst nightmare could I have thought that Russia would occupy my home region and I wouldn't be able to come there for five years,” says Oleksiy Ryabchyn, Member of Parliament for the Batkivshchyna (“Fatherland”) party that is led by former Prime Minister Yulia Tymoshenko.

After rebels sympathetic to Moscow grabbed power in the Donetsk and Luhansk regions in Eastern Ukraine, Ryabchyn, who grew up in Donetsk, was forced to flee to Kiev.

He now follows the developments in his home region, where Europe's “forgotten war” continues between Russian-backed rebels and the Ukrainian army from the capital.

Apart from the military confrontation, Ukraine is trying legal means to get back the territory it claims.

“We are temporarily occupied. Russia is still using its power to supply weapons, to supply resources, to train mercenaries and basically every single day our soldiers are dying. Today we see people that are dead as a result of combat action. And we are using all the necessary methods to blame Russia for this."

See you in court
Ukraine and Russia are involved in a series of court cases.

On 25 May, the Hamburg-based International Tribunal for the Law of the Sea, a UN body, ruled that Russia must “immediately” release 24 Ukrainian sailors and three Ukrainian naval vessels captured by Russia late last year. But in a reaction, the Russian Foreign Ministry said the UN Convention on Law of the Sea could not be applied to what it termed the “dispute about the Kerch Strait incident,” in a statement cited by Interfax.

In a separate case, Ukraine accuses Russia at the prestigious International Criminal Court (ICC) in The Hague of not doing anything to prevent terrorist acts, and violating the rights of the Crimea Tatars.

The “terrorist acts” include the shooting down by a BUK anti-aircraft missile of the MH17 Malaysian Airliner on 17 July 2014 over the Donbass region, costing the lives of all 283 passengers and 15 crewmembers.

An investigation by the Dutch Safety Board concluded that the weapon used to down the plane “was a 9N314M-model warhead carried on the 9M38-series of missiles, as installed on the BUK surface-to-air missile system,” made by Russia.

Ukraine also accused Russia of violating the rights of the Crimea Tatars, by taking over their “majlis” or governing council.

“Russia is using its power very effectively and they are not present in all the courts that have jurisdiction,” says Ryabchyn.

Russia denies all the charges.
“Among those thousands of pages, Ukraine has failed to identify any that demonstrates indispensable elements of terrorism financing, or racial discrimination against Crimea Tatars," Moscow says in its ICJ deposition.

Over five years, Russia's tactics have been based on denial, according to an angry Ryabchyn. ” 'It wasn't me,' they say, 'it was some green men that landed in Crimea, we don't know who they are, they don't have insignia.' And on the downing of the Malaysian airliner, the Russians claim 'there was an unknown BUK missile, unknown, it emerged from the shadows and it hit the MH17, it wasn't from Russia,' ” he says.

A final ruling may take years. And if the court decides in favor of Ukraine, it has no force to implement its decision.

“I guess it shows a bit of a crisis of the UN mechanisms and all other international mechanisms that needs to be reformed. This is a signal to think about how world leaders could reform the multilateral relationships to be much more active,” says Ryabchyn.