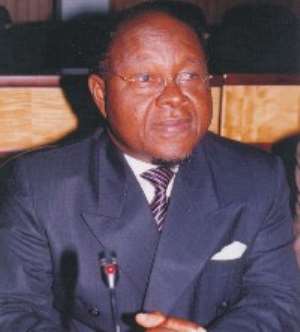 In a practically, humanly possibly “perfect” democracy such as prevails here in the United States – as clearly differentiated from America’s execrably racist past – the administrative concept of the Separation of Powers among the members of the Executive, Legislature and the Judiciary works efficiently and almost perfectly, relative to other major democracies around the globe, because members of the executive branch of government or the cabinet, in this particular context, are not permitted by constitutional edict to double as Members of Parliament and vice-versa. As well, the cardinal post of Chief Justice is not a cabinet appointment as seems to be the case in Ghana, at least on the face of it. What the foregoing means is that the United States may be the only major democracy on the planet that fully and practically appreciates the practical political and/or administrative concept of the Separation of Powers. On a side note: we also learned instructively from Prof. Aaron Michael Oquaye how President Kwame Nkrumah scandalously and tactically used the extra-constitutional Preventive Detention Act (PDA) to force parliamentary opposition members to transgress parliamentary protocol, as a means of wearing down the numerical presence or strength of these detested democratically elected representatives of the people, thereby facilitating the creation of Ghana as a one-party state.

At any rate, as implicitly suggested by Speaker Oquaye, the strict enforcement of the time-tested principle of the Separation of Powers ought to have been the practical constitutional norm or political culture when the leaders of our country decided to return Ghana to democratic governance at the beginning of the 1990s, with the seismic fall of socialism and communism in Eastern Europe and elsewhere around the world. This is precisely why Mr. Mahama Ayariga was able to imperiously and adamantly declare to Special Prosecutor Martin ABK Amidu that he could not appear before the latter or the High Court for Criminal Prosecution, if Parliament was scheduled to sit on June 4, 2019, when the defendant was expected to appear before Mr. Amidu and his crackerjack team of investigators and assistant prosecutors (See “Why Speaker Released Mahama Ayariga to Face Trial” Graphic.com.gh 6/7/19; also, “I Will Only Come to Court When Parliament Is Not Sitting – Ayariga to Amidu” Modernghana.com 6/3/19).

In principle, the National Democratic Congress’ Member of Parliament for Bawku-Central, in the Upper-East Region, was dead-on-target with his rationale for hubristically attempting to make himself the exception to the laws of our land, or to outrageously stand himself above the law. What Speaker Aaron Michael Oquaye deftly did to authoritatively finesse the insufferably pompous Harvard Graduate Law School alumnus, was to make Mr. Ayariga fully appreciative of the fact that although the latter was perfectly right in his vehement contention that his priority as a Parliamentarian was, first and foremost, to represent “the good people of the Bawku-Central Constituency,” nevertheless, when it came to the much more momentous question of either criminally extorting the Ghanaian taxpayer or willfully causing financial loss to the State, service to the “good people of the Bawku-Central Constituency” necessarily had to take a backseat.

At any rate, the former Mahama Prime Minister or ministerial pet, choose your pick, Dear Reader, ought to have seriously thought about his bounden obligation to the “good people of the Bawku-Central Constituency” before he decided to allegedly collude with some friends and associates to criminally defraud the State a la tax evasion. I also observed some striking similarities between the crass misbehavior of Mr. Ayariga and that of Mr. Samuel Ofosu-Ampofo, the former Minister of Local Government and Rural Development, who presently serves as the National Chairman of the main opposition National Democratic Congress. In either instance, it clearly appears that the antagonists, namely, Messrs. Ayariga and Ofosu-Ampofo, were deviously and/or mischievously attempting to capitalize on a shared common ethnicity to pooh-pooh their protagonists. To be certain, Chairman Ofosu-Ampofo may very well have had his chairmanship position designed and engineered for him by a desperate megalomaniacal former President John Dramani Mahama, along the scientific lines of inoculating the victim of a viral infection with a curative virus of the same kind or species.

But what I wanted to even more poignantly highlight was the downright hypocrisy and casuistry of Mr. Ayariga who, as a Mahama cabinet appointee, and before that an Atta-Mills’ cabinet member, deliberately and non-deliberately skipped quite a remarkable number of parliamentary sessions when Mr. Ayariga was perfectly aware of his bounden obligation or first order of priority to the “good people of the Bawku-Central Constituency.” It is also significant to observe that in releasing Mr. Ayariga to face the inescapable music of justice – thank goodness, finally, Mr. Adamu Sakande is being delectably avenged, hopefully – Speaker Oquaye also took the prime opportunity to diplomatically admonish the Office of the Special Prosecutor to more conveniently and pragmatically work within the quite flexible ambit of the Constitution, especially where the scheduling of trial dates was concerned. Now, who said shiny baldheaded septuagenarian scholar-thinkers like Prof. Oquaye were not sagacious sages as well?