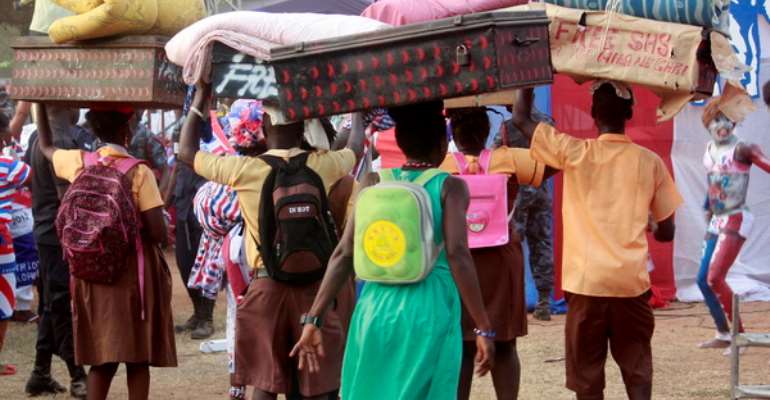 I have already written a column about the rather petty-minded squabble raging between Ms. Afia Schwarzenegger and Ms. Rachel Appoh (See “A Sign of Stupid Times” Modernghana.com 6/6/19), so I do not intend to rehash the same here. What, however, motivated me to pen and publish the present column was the publication of a press release signed by Mr. Jehu Appiah, the former District Chief Executive (DCE) of the Gomoa-Central District or Constituency, it was not clear to me which, while reading through the aforementioned press release or from, presumably, the writer who appended his signature to the press release and who also claims to be the spokesperson for the Gomoa-Central Youth Wing of the main opposition National Democratic Congress (NDC).

For somebody who claims to be the former NDC-appointed District Chief Executive for Gomoa-Central, in the Central Region, the grammar of the press release under discussion, which is also specifically addressed to Ms. Schwarzenegger as a cautionary note, is so scandalously horrible that any reader who is a stickler for grammar begins to wonder whether one of the key criteria for being selected or appointed DCE by the leaders of the National Democratic Congress is a knack for poor grammar. I mean, the grammar of Mr. Jehu Appiah’s press release is so bad that the reader begins to wonder why former President John Dramani Mahama had not thrown his full-weight and heft behind the auspicious and opportune decision by President Addo Dankwa Akufo to implement the fee-free Senior High School System.

Recently, though, the recklessly opportunistic Bole, Savannah Region, native has been conveniently back-pedaling by claiming that he was never against the implementation of the fee-free SHS System. We shall come back to such cold-calculated mendacity in due course. You see, Dear Reader, I was not the least bit flabbergasted by the repulsively poor grammar skills of Mr. Jehu Appiah. For starters, the Rawlings-founded establishment of the National Democratic Congress has always been infamous for its blistering anti-intellectual orientation. This may also, paradoxically, explain why the bloody couple decided to school all their four now-adult children abroad, largely in Europe and, some say, here in the United States of America, although when he had the chance to set the records straight, sometime in the 1990s, Chairman Jerry John Rawlings vehemently denied this charge and, instead, lied with a straight face to the late Mr. Gilbert Noble (aka Gil Noble), then host of the New York City Metropolitan Area’s ABC-TV program beamed to the African-American Community called “Like It Is,” that it was rather hypocritical leaders like President Kwame Nkrumah and some of the immediate successors of the latter who had schooled their children and the children of some of their close relatives and friends abroad, at the expense of the Ghanaian taxpayer.

To be certain, Mr. Jehu Appiah may very well not have written the indescribably poor press release to which he appears to have proudly appended his signature. But, of course, nothing prevented the former DCE from reading through the same before appending his mark of approval and his political weight behind the same. That is the hallmark of prudent and thoughtful leadership. As it stands, the Spokesperson for the Youth Wing of the Gomoa-Central branch of the National Democratic Congress just ended up subjecting himself and his chapter or branch of the NDC to indelible and near-irreparable ridicule. He probably deserved it, though, gauging by the obvious intellectual levity that well appears to have inspired the entire decision to rather gallantly, albeit quixotically, go to bat for Ms. Rachel Appoh whom, we learn, is already in divorce court with her estranged husband.

By the way, reading through Mr. Appiah’s cautionary press release, one would not have readily known that Ms. Appoh was a woman, and not the man (or a he) that Mr. Appiah made her out to be. At any rate, I wrote this brief column in order to remind the Gomoa-Central NDC Youth Wing’s Spokesperson that it is not too late for him to go back to one of the fee-free Akufo-Addo Senior High Schools and learn some good grammar. It is also rather ironic that Mr. Jehu Appiah comes from the almighty and glorious Central Region, the historical origins and foundation of modern Western-minted formal education. Almost like me, an Atiwa Forest denizen, carrying the proverbial coal to Newcastle. I guess in my case, this would be akin to carrying tilapia or salmon to Cape Coast and its environs.