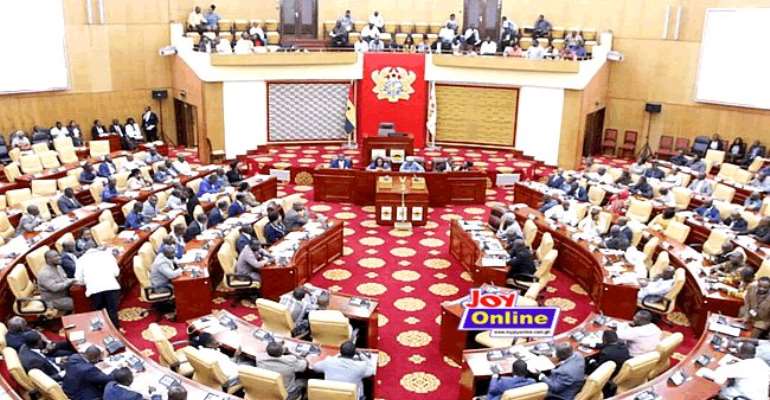 The road is cleared for Parliament to commence the consideration stage of the Vigilantism and Related Offences Bill, 2019.

This follows the adoption of the Constitutional, Legal and Parliamentary Affairs Committee’s report on the Bill and a recommendation for it to be passed by the House.

The 10-clause Bill, laid in Parliament on April 11, 2019, under a certificate of urgency, is intended to disband political party vigilante groups in the country and to proscribe other acts of vigilantism.

According to the report, there are seven political party-related vigilante groups in the country. They are the Hawks, Invincible Forces, Delta Forces, Azorka Boys, Kandahar Boys and Bolga Bulldogs.

At the second reading of the Bill, led by the Attorney-General and Minister for Justice, Gloria Akuffo, in Parliament, Friday, both sides of the House agreed that the Bill, if passed into law, would help deal with political vigilantism in the country.

Moving the motion for the adoption of the report, Ms Akuffo, said though the Criminal and Other Offences Act, 1960, proscribes acts of vigilantism, the Vigilantism and Related Offences Bill, 2019, will be an addition to the existing law to deal with the menace.

But Builsa North MP, James Agalga said punishments in the Criminal and Other Offences Act in relation to acts of vigilantism, are dire, including death.

In his view, commitment to the enforcement of the existing law was the solution to the problem, and not a new enactment, which he said must not pass without the publication of the Justice Emile Short Commission’s report, to better inform the House in the consideration of the Bill.

However, the MP for Efutu, Alexander Afenyo-Markin, said the Vigilantism and Related Offences Bill, 2019, was for specificity, reminding the House that issues of corruption were to be dealt with existing laws, but the EOCO and Special Prosecutor Acts, have been passed to support same.

He said it was critical that every MP supported passage of the Bill, to deter persons who profit from acts of vigilantism, because they could no longer come under the umbrella of a political party to commit crime.

The Minority Leader, Haruna Iddrisu, reechoed the need for the Ayawaso West Wuogon Commission of Inquiry report to be published, in furtherance of open and accountable governance.

Underscoring the need for political vigilante groups to be wiped out, Mr Iddrisu said the opposition National Democratic Congress and the governing New Patriotic Party, were guilty of excesses.

The Majority Leader, Osei Kyei-Mensah-Bonsu said the Constitution gives the President the luxury to publish the report or not, and that the President was not in breach of any provision.

He said political parties were to lead good causes and that if it became the den for illegalities like assault, sometimes on internal opponents, then such groups would have outlived its usefulness.