Africa, The Continent Plagued By Many Diseases Yet With Few Doctors 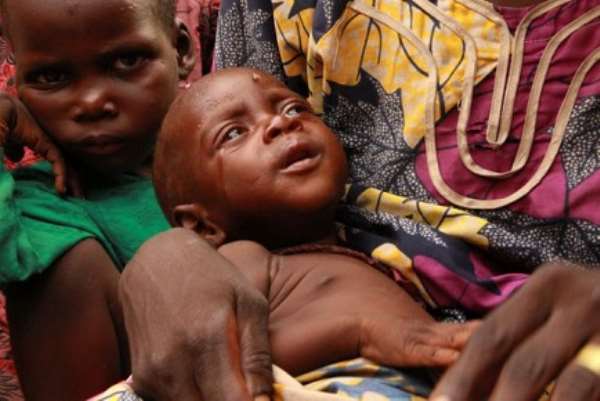 Having a proper health care facility is the guaranteed right in the western world or in any advanced country but in Africa, it’s still a privilege for the few.

Despite international commitments within the United Nations and the World Health Organization, proper healthcare facilities in Africa is far from being achieved. According to the United Nations, Africa holds only 3% of the world's health personnel.

Africa is a continent having the most deadly diseases in the world, which poverty and the lack of education are said to be responsible, while the lack of proper medical facilities and doctors have deepened the health crisis. However, the diseases killing Africans are preventable in developed countries.

Taking the health crisis in Africa, into consideration, ‘the Amref health Africa,’ organized an International Conference on the Health Agenda in Nairobi, Kenya. The purpose of the conference was to find strategies capable of achieving the Sustainable Development Goals for Africa.

The public health system in Guinea, Liberia, and Sierra Leone, before the Ebola, were very poor, weak and fragile, about 4.5 doctors per 100,000 inhabitants and, despite the weakness of the system, access to healthcare is limited by the individual's inability to pay.

In Kenya, a huge percentage of poor families cannot afford health care. About four Kenyans out of five do not have access to medical insurance, with the inevitable exclusion of a significant portion of the population from quality health services.

Throughout sub-Saharan Africa, many hospitals lack good medical facilities, patients beds, and an ambulance, with the exception of Rwanda, which has 90% of health insurance coverage, surpassing even the United States. Libya was another country with the best healthcare facilities and good economy but the country now in ruins.

This scenario illustrates how infectious diseases, such as HIV, diarrhea, malaria, and tuberculosis are the leading cause of death in the continent of Africa.

The same region still holds 89% of malaria cases and 91% of deaths worldwide, while 95% of deaths occur due to tuberculosis in low and medium-low income countries.

In 2014, Human Development index reveals that in sub-Saharan Africa, 50% of the population, on average lives below the poverty line, that is with less than 2 dollars a day. This means, to be optimistic, half of the population cannot afford adequate health care.

Since health care is paid in Africa, access is not guaranteed to the poor section of the population. At the Nairobi conference, all the above-mentioned problems were discussed to find solutions that can bring health care to acceptable levels.

An example of a political will determined to change things is Ethiopia, which has become a reference point for the strategy of community health workers in Africa, with policies that have succeeded in achieving appreciable results in disease prevention and primary care.

These countries are rich, they could have equal welfare, if not above European standards, yet have health failed to make a difference in Africa.