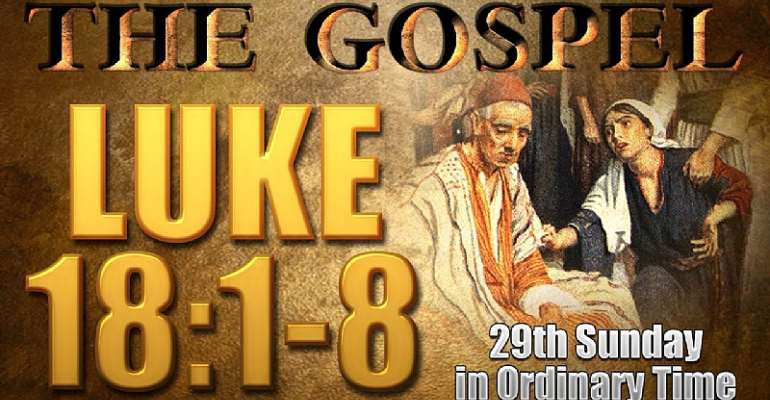 A wealthy woman phoned the manager of a concert hall and asked, “Have you found a diamond pendant? I think I lost it in your building last night.” The manager replied, “No, we haven’t found it, but we will look. Please hold the line.” During a quick search, the valuable diamond was located. When the manager returned to the phone, however, the woman was no longer on the line. She had hung up. She never called again, and the expensive jewelry went unclaimed.

We will fault that woman for her impatience and lack of persistence, but we sometimes act just like that when we pray. And in doing so we give up something much more precious than diamonds (OUR DAILY BREAD, JULY 8, 1992).

DON’T SIT THERE. DO SOMETHING
One of life’s greatest tragedies occurs when someone dies at 30 and is buried at 60—much like the school-teacher who applied for a new job. Her resume indicated 20 years of experience. But when the principal spied her old, yellow class notes, he called her former boss for a recommendation. He offered this assessment: “She doesn’t have 20 years’ experience. She has one year’s experience 20 times.” When a person ceases to grow, learn, dream, and progress, something inside him dies—regardless of his age (Paul W. Powell, Building an Evangelistic Church).

A TESTED LIFE IS A PROVEN LIFE (PSALM 66)
A talented violinist was scheduled to play before a very critical audience. Although she had a fine instrument, she was not satisfied with the quality of its sound. She said to her father, “This violin must yield its full resonance and vibration of tone. I’m going out to buy some tested strings.” When her father asked what tested stings were, she replied, “First they are put on a rack and stretched and strained to take all the vacillation out of them. Then they are hammered and put through an acid test. This is what enables them to produce a perfect and full tone.” When she attached the tested strings and tuned the instrument, the music was noticeably warmer and richer than before.

When difficulties come our way, we want to run and hide; But God will give stability to those who have been tried. The trials of life are intended to make us better, not bitter (Anonymous).

ENLARGE YOUR VISION
Bad will be the day for everyman . . . when he becomes absolutely contented with the life that he is living, with the thoughts that he is thinking, with the deeds that he is doing . . . when there is not forever beating at the doors of his soul some great desire to do something larger which he knows he was meant and made to do (Phillips Brooks).

LOOKING UP (PSALM 119:65-72)
Shortly before Scottish missionary, John G. Paton died, a friend said to him, “I am sorry to see you lying on your back.” Smiling, Paton asked, “Do you know why God puts us on our backs?” After his friend answered no, the missionary replied, “In order that we may look up.”

When life’s afflictions batter you like waves upon the sand, remember to look up to God and take His outstretched hand.

When you look out, it may be night, but when you look up, it’s always light (Our Daily Bread).

HAVE DREAMS AND VISIONS
Napoleon declared, “men of imagination rule the world.”

Thomas Jefferson expressed it aptly; “I like dreams of the future than I like history of the past.” In other words, where you are going is far more important than where you have been (Paul Powell, Building an Evangelistic Church).

HEAVEN-BOUND
“If you read history you will find that the Christians who did most for the present world were just those who thought most of the next. . . Aim at heaven and you will get earth thrown in; aim at earth and you will get neither” (C. S. Lewis).