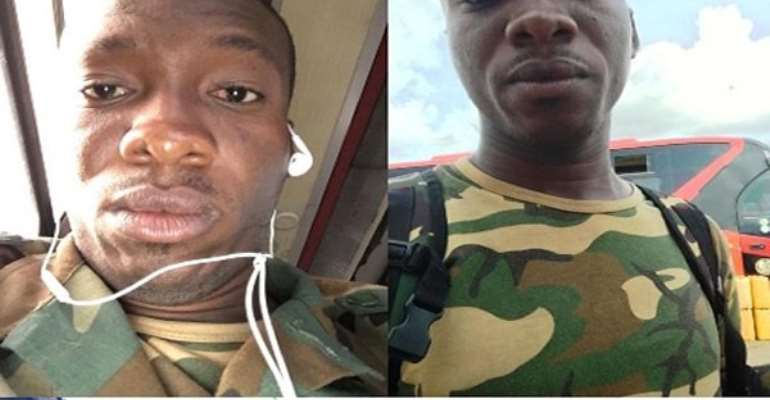 A search conducted in the room of Ahmed Tijani Abubakari revealed, a military bag with a set of camouflage military uniform, a jacket, two pair of boots and a Ghanaian passport bearing his name and photo.

Pictures on his mobile device also showed Tijani dressed in a military uniform whilst others depicted him holding an assault rifle gun.

Chief Inspector Hor said provisional charges of impersonation and possession of military accoutrement without authority was being preferred against him whilst investigation continuous.

The presence of the military detachment in Tumu in the Sissala East and West is in response to the presence of Burkinabe immigrants and suspected terrorists threats from Burkina Faso.

The troops are patrolling the borders from Hamile through Fielmuo to Gwollu, Kupulima to Kassana, Banu and Pido, in an attempt to protect the citizenry against harm.