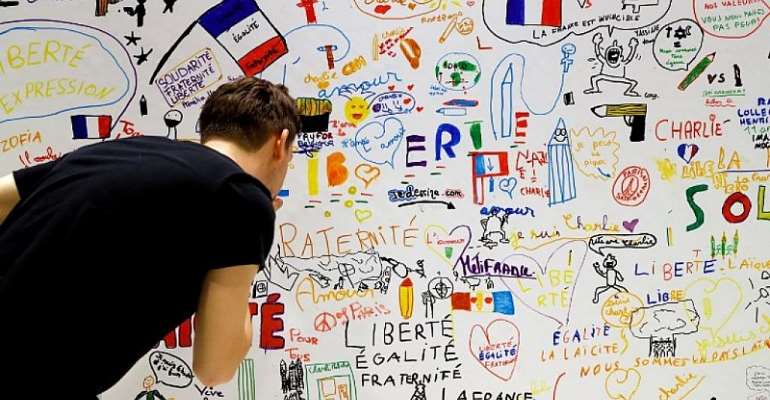 The 14 suspects in the January 2015 Paris massacre at the satirical magazine Charlie Hebdo will go on trial in a special court beginning in April 2020,.

The suspects are being charged as accessories to the attacks; police killed the perpetrators during and after the violence.

Seventeen people were killed during three days of violence in January 2015, beginning when Cherif and Said Kouachi killed 12 people at the magazine offices in Paris.

Over the next two days, gunman Amedy Coulibaly shot a policewoman to death in the southern part of the city and then killed four people at a Jewish supermarket in the north of Paris.

All three said that they had pledged their support to jihadist groups; the attacks kicked off a number of attacks throughout the country that year. Al-Qaeda in the Arabian Peninsula, an offshoot of al-Qaeda, claimed the Charlie Hebdo attacks.

"One should not give false hopes -- this will be a trial of catharsis which will not provide revelations," lawyer Antoine Comte, representing the Charlie Hebdo victims, told newswire Agence France Presse.

"The killers are no longer there to take responsibility. People want to know who the masterminds are but four years of investigation did not bring all the answers," he added.

Trial in absentia
Three out of the 14 suspects are still on the run and will be tried in absentia. The special criminal court created for the cases will only be composed of judges.

Two suspects, Mohamed Belhoucine and Ali Riza Polat, a close friend of Coulibaly, have the most serious charges levied against them complicity in the crimes committed by the three gunmen.

Polat, in detention in France for the past four years, allegedly supplied ammunition to the three attackers, and is accused of helping to plan the attacks.

Mohamed Belhoucine and his brother, Medhi, are on the run from police and fled to the Iraq-Syria region just before the attacks.

Spanish sources said that gunman Coulibaly drove the Belhoucine brothers and his girlfriend Hayat Boumedienne to Madrid before he carried out the attacks.

Turkish authorities said that Boumedienne, who is also a suspect on the run, flew from Spain to Turkey and then crossed the border into Syria around the time that her partner shot the policewoman. Ankara maintains that they were not given any indication by France that she was a wanted woman.

Some suggest that the three could have been killed in the bombings carried out in the area they were supposed to be in, but authorities have received no confirmation of their deaths.

The trials are scheduled from April 20 to July 3, more than five years since the attacks were carried out.

Investigations continue
Investigators continue to trace connections to the attacks, including one link to Yemen, where the Kouachi brothers, responsible for the Charlie Hebdo massacres, had visited in 2011.

Another probe is looking into the connection between the Kouachi brothers and Coulibaly, who killed the policewoman and others in the Kosher supermarket.

Frenchman Peter Cherif was also associated with the Kouachi brothers. Arrested in Djibouti in December, Cherif was deported to France, charged with a 2011 kidnapping in Yemen.

This is the biggest trial of adherents to al Qaeda groups in France since the 2017 trial of Mohamed Merah, who killed three soldiers, a rabbi and two of his children and an eight-year-old child in Toulouse in March 2012.

Merah's brother Abdelkader was given a 30-year sentence as an accomplice in the killings.