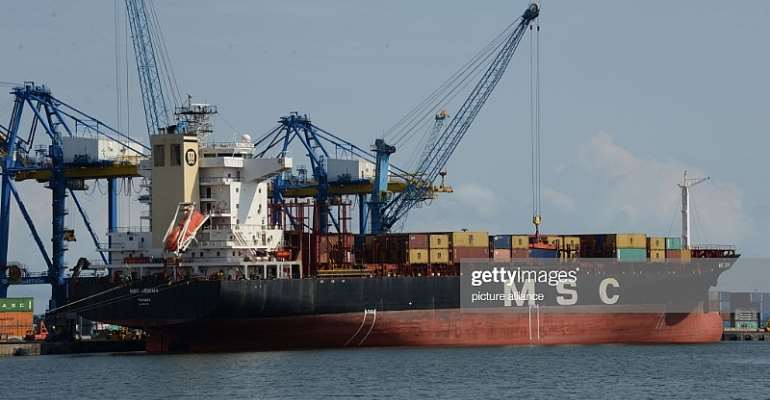 Containers on sea at Tema

Ten confiscated 20-footer containers said to have been escorted by the national security from one terminal to another within the Tema port enclave have gone missing.

The 20- footer containers which were said to be full of canned tomatoes were sailed from the Tema Container Terminal (TCT) to the Atlas in a distance of about 9.9 kilometers.

The containers according to information were classified as overstayed cargos and were being transferred to Atlas for further examination and necessary action.

But as it stands now, none of the 10 containers can be found at the Tema port.

The incident left many workers at the port shocked, as it confirmed two customs officers from the Preventive Department of the Ghana Revenue Authority were part of security details.

Strangely, the two officers had filed a report on May 30, 2019 indicating that the containers had been delivered.

But management later discovered that the ten 20-footer containers were never delivered to Atlas, the intended destination.

Officers of the Tema command of Customs Division of the Ghana Revenue Authority has launched an investigating into the circumstances under which the 20-footer containers went missing from the port during a transfer process to another terminal.

Further, the two custom officers are being interrogated by Marine Police, while effort is made to intercept the containers.

Meanwhile, officers believed the containers were being smuggled to Kumasi in the Ashanti region.

Officials from the Ghana Revenue Authority are said to be moving to Kumasi to identify the goods and possibly retrieve them.

The Tema Customs Division of GRA Commander, Assistant Commissioner, Dr Godfred Oko Appiah described it as unfortunate insisting that the law would apply strictly to those involved.