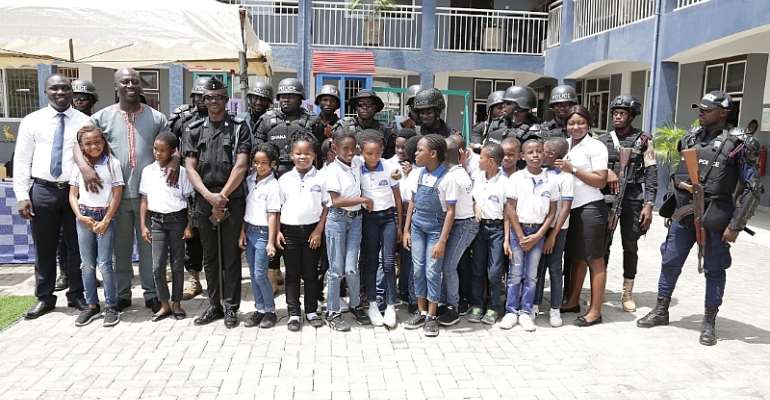 Award winning kids television show, Bambini show in partnership with Ghana Police Anti-terrorism unit have started an educational project dubbed “Ban Bo (protection) Operation Save The Future” to teach young people about safety precautions and what to do in times of danger.

Chief Superintendent Raymond Adofiem in an interview with the Bambini Show team sent a message of reassurance to Ghanaians on their safety and security and seeks their cooperation to assist the police in their quest to protect society while maintaining law and order.

This was said in his address to pupils of Talented Royals at Weija in the Greater Accra region at an event organized by the 'Bambini Show' to educate the school children and teachers on the importance of being security conscious in your environment.

The school authority expressed their gratitude and commended the 'Bambini show' for their gesture of inviting the police to sensitize the school children on security threats and also resounding the various emergency lines of agencies that be called when facing problems.

The police personnel present at the gathering took advantage of the occasion to reiterate their relationship with the children on the saying that — "the police is your friend."

This boosted the confidence of the students as they interacted freely with the police amidst taking of pictures with them.

The Headteacher of the School, Mr. Edward Afful, however, expressed worry over parents who shirked their responsibility when it comes to the security of children and admonished them to make extra efforts at protecting the future-leaders.

This initiative has become imperative in the wake of attacks and kidnappings in recent times in and outside the borders of the country especially girls and thus calls for the protection of children who happen to be the most vulnerable in society. 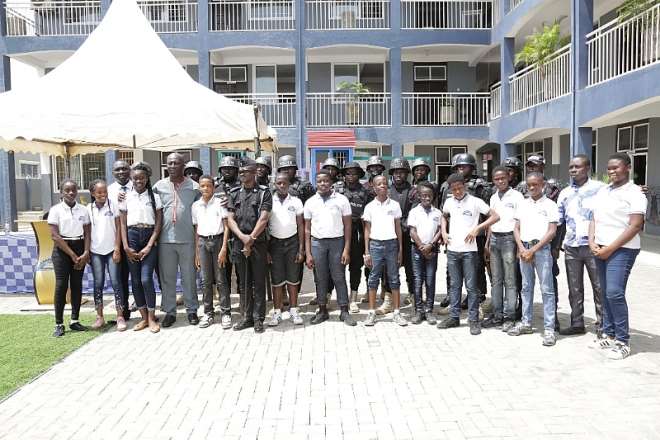