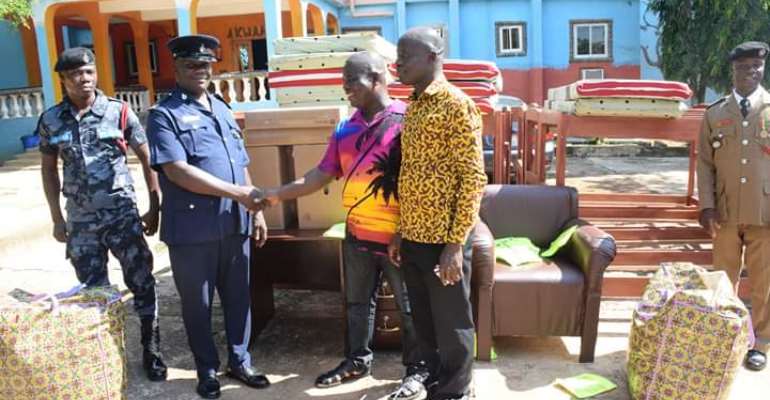 JOSEPH Tetteh aka Joe Tee, Member of Parliament for Upper Manya Krobo Constituency in the Eastern Region has donated to three state institutions in his Constituency.

The MP who won the Krobo seat for the ruling New Patriotic Party for the first time with a wide margin in the past elections also presented 420 reflector vests to be shared among the beneficiary institutions for road safety of their officers who use motorbikes.

The MP after the presentations said this not being the first of its kind he has done in his Constituency, adding that ''this will surely not be the last since he has a lot of donations to make to other institutions in the coming days ahead''.

Mr. Felix Nartey Odjao, the DCE for Upper Manya Krobo District Assembly who received the items on behalf of the Institutions applauded the MP for the area for his active participation in transforming the area for the best.

He also assured the MP of his maximum support in all his endeavors.

Deborah Afi Babatunde, the area District Education Director on behalf of all the beneficiaries expressed their heartfelt appreciation to the MP for always supporting the state institutions in the area.