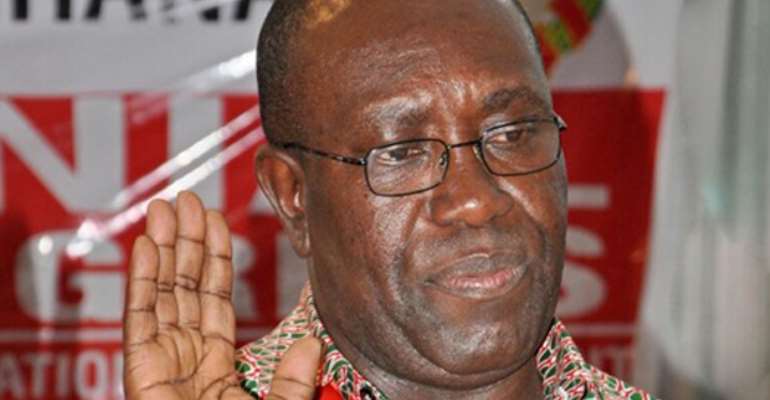 Secretary General of TUC, Dr Yaw Baah, was speaking at a forum organised by SSNIT in collaboration with TUC recently at the Public Service Union Centre at TUC, Kumasi.

The forum was to provide the platform for stakeholders to discuss issues related to pensions and benefit computations.

Dr. Baah expressed it was the first since the start of his 25 years at the TUC for SSNIT to engage organised labor in such a manner.

He said “I am very happy that we have the Deputy Director-General in charge of Finance and Administration at SSNIT in our midst.”

He added that “we had the Director General himself with us in Bolgatanga when we started this regional engagement. I must say that in all my twenty-five (25) years in the TUC, this is the first time we are getting the top hierarchy of SSNIT moving from region to region to engage organised labour. This is indeed very commendable.”

According to him, pensions have been a major concern for workers in Ghana.

He was optimistic that the interaction between SSNIT and organised labour would clear any doubts about the Pension Scheme.

He told participants that it was essential for every worker in Ghana to take active interest in their social security and retirement planning and to ensure their employers pay on their behalf.

Dr. Baah charged them to encourage their friends and colleagues to do same.

SSNIT’s educational forum has already been held in Bolgatanga, Tamale, WA and Sunyani.

It is aimed at promoting knowledge of the SSNIT Scheme, empowering organised labour as peer educators for the Trust as well as demystifying some of the issues surrounding benefits computation and partnering the Trust in compliance enforcement.

The regional meetings are also in compliance with the directive by the National Pensions Regulatory Authority (NPRA) to the Trust to intensify its public education activities and to ensure that members of the Scheme understand how their benefits are calculated.

The Deputy Director- General of SSNIT in charge of Finance and Administration, Michael Addo, speaking on behalf of the Director-General of SSNIT, mentioned that a core mandate of SSNIT was to pay benefits.

He also mentioned that pensions were indexed every year to maintain the purchasing power of pensioners.

“The Trust increases the benefits of pensioners through the annual indexation which was started in 1992,” he said.

This is determined using the average salary growth of active contributors, annual average change in consumer price index and the cost implications of applying various rates of indexation on the Fund.

Considering these factors, the overall indexation rate for 2019 was 11 percent.

This overall indexation was redistributed as a Fixed Rate of 9 percent and a Flat Amount of GH¢ 15.89.

The redistribution is done to cushion members on low pensions arising as a result of low basic salaries earned during active service.

This year's indexation, according to SSNIT, resulted in an increase of GH¢ 212.16 million in pensions for pensioners on the pension payroll as at December 2018 for the year 2019.

Mr. Addo added that there were no myths surrounding benefits computation and that pensions were a direct reflection of salaries on which contributions were paid.

He said “With the SSNIT Pension Scheme, what you put in is what you get. In effect, the salary on which one contributes is a key factor in the computation of pensions. Therefore, the higher the salary you contribute on, the higher your pension.”

The Deputy Director- General in charge of Finance and Administration stated that the sustainability of the Scheme was very essential.