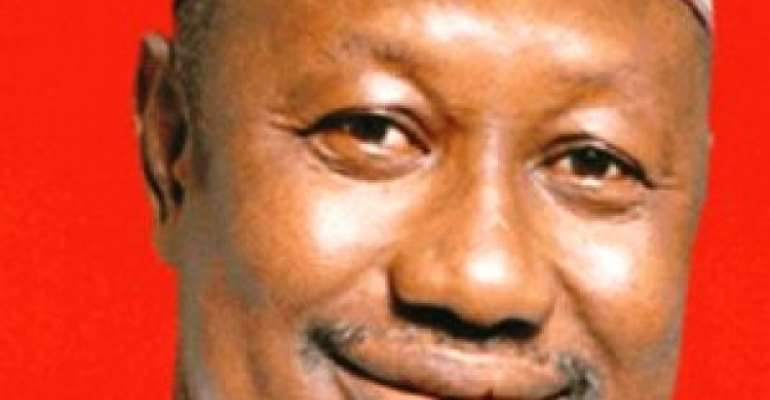 Hon. David Apasera, a former Member of Parliament for the Bolgatanga Central Constituency, has called on government to introduce a new scheme to promote the welfare of ex-legislators.

Mr Apasera made the call in an interview with Journalists at his home based in Bolgatqnga of the Upper East Region sights by Modernghana.

The former lawmaker on the ticket of the Peoples National Convention (PNC) reechoed an earlier call by former Parliamentarians for a welfare package to cater for themselves when they exit service.

He explained that, aside the ex-gratias they get at the end of their four-year term, MPs do not get any other financial support from the state including pension benefit.

Alternatively he said MPs should be made to retire on part of their salary as the current end-of-service benefit scheme or gratuity of collecting bulk sum gives a false hope and unsustainable.

The former Legislator further lamented that most of the ex-MPs are been stigmatised politically and cannot get any form of employment, calling on Parliament to use the forum to tap knowledge from them irrespective of the political party they belong.

In his view, most of them have rich experience which could be tapped for the benefit of the nation, stressing that it would not be bad for former MPs to be given political appointments irrespective of their partisan affiliations.

This, he said pension scheme or an old age welfare scheme for Members of Parliament would go a long way to help, adding that, it would encourage sitting MPs to give of their best as expected because, many are attending to other businesses outside their duties in Parliament in order to make money so they can depend on when they exit Parliament.

Narrating his experience after Parliament, the former PNC MP said life after serving in Parliament was not easy, especially those of them who hailed from deprived constituencies.

He stated that even though he left Parliament for over 10 years, some of the constituent still come to him for their problems to be solved as if he was still the sitting MP.

Mr Apasera said, unlike a sitting MP who could seek help from a colleague MP and Minister but the situation of former MPs is pathetic such that he or she could not do anything

He said, the best way they could be supported to a living was for the parliamentary services to institute a pension scheme for sitting MPs and if possible extend it to former MPs.