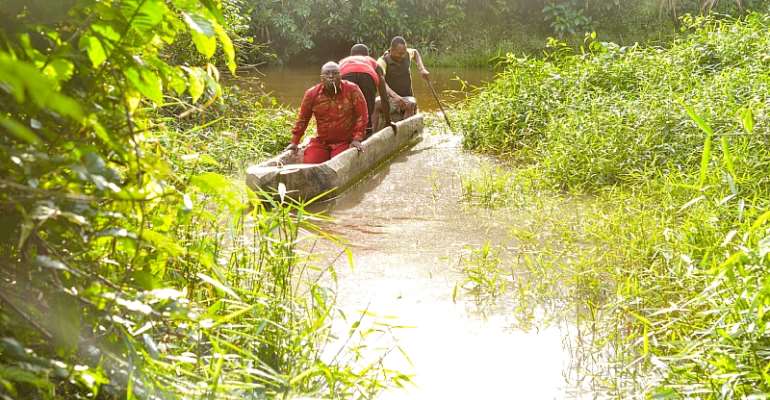 The Prestea Huni-Valley constituency Parliamentarian Hon. Barbara Oteng-Gyasi on Tuesday, June 4 presented a canoe to the people of Kojo Bortey Esuogya, some 9 kilometres along the Bogoso-Insu siding road in the Prestea huni-valley constituency of the Western Region.

The presentation of the canoe was in fulfillment of an electoral promise to the community during the electioneering campaign.

The community during the 2016 campaign period indicated that they wanted a new canoe on the Oppon River to replace the deteriorating one which poses as death trap to residents and farmers.

The canoe which will serve as means of transport for the community and nearby towns is estimated to cost a little over GHC 2,000.

Presenting the canoe to the people on behalf of the MP, the MCE for the area Mr. Mozart Kweku Owuh who made history as the first ever sitting MCE to visit the community said

"This donation we are making here today is a gesture of goodwill to complement the community's quest to have a canoe on the Oppon River. This shows that the MP and the Akufo-Addo led government have the people of this community at heart, they will never forsake you and they are committed to delivering on their promise."

He tasked the people of the area to take good care of the canoe by maintaining it regularly.

Mr. Owuh reiterated the MP's commitment to seeing the constituency grow in terms of infrastructure and economic development.

The MCE donated a box of Confidor to cocoa farmers in the community after touting some policies and initiatives implemented by the government at the agric sector such as planting for food and jobs and planting for export and rural development.

He disclosed that the assembly has in it nursery 300,000 cocoa seedlings and urged farmers to register for the seedlings.

The MCE assured the people of her regular visit in order to address their problems together for the development of the community.

Receiving the canoe on behalf of the community, Mr. Laweh expressed joy for the kind gesture.

He said "before the new canoe, we had no option than to use the death trap wawa board that could only carry two passengers, this prevented farmers from transporting most of their farm produce to the market at Bogoso which is the municipal capital and that resulted in their farm produce getting rotten."

He commends the MCE for visiting the community regularly to interact with them and educate them on some major government policies and initiatives. 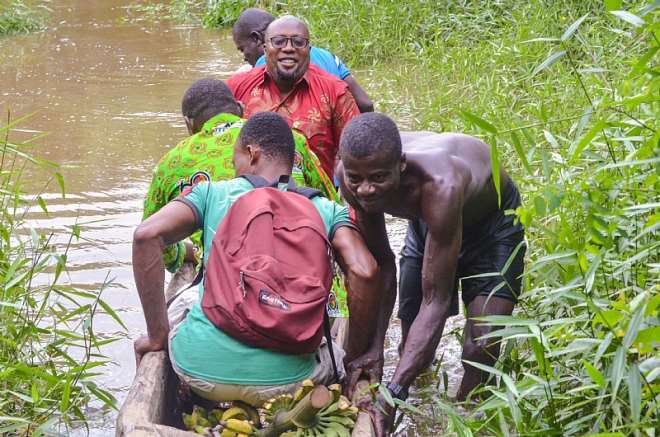 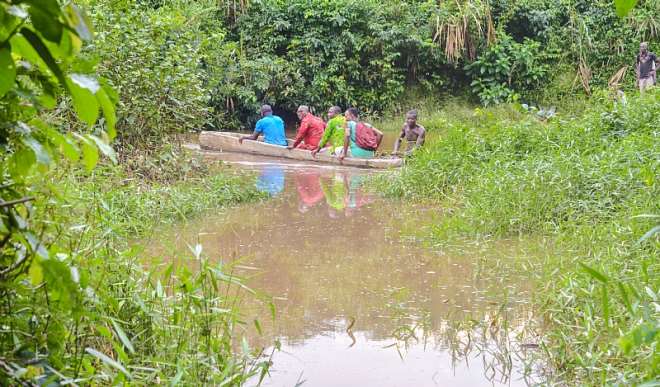 MCE cruises with the new canoe 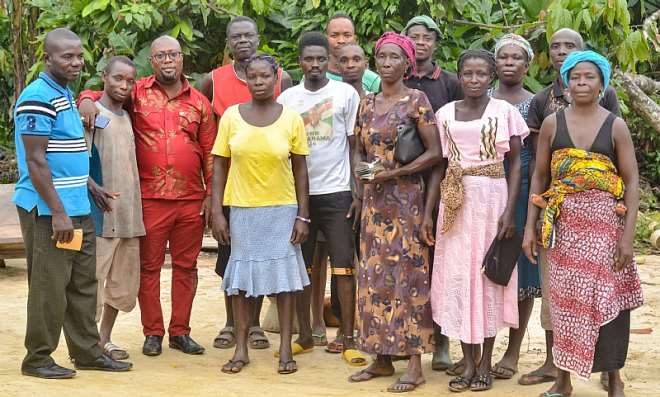 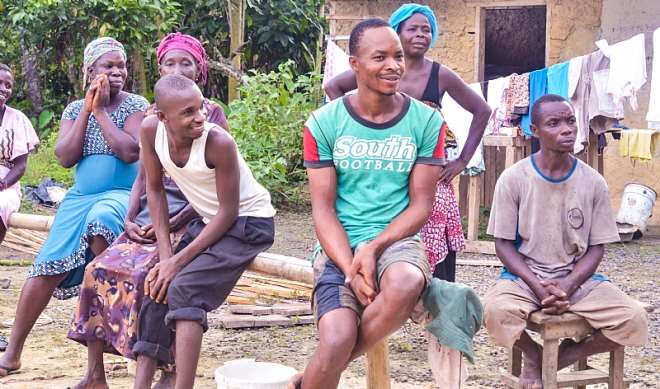 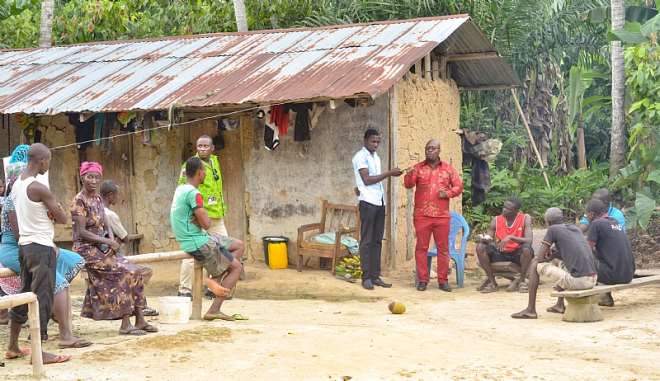 The MCE addressing the community 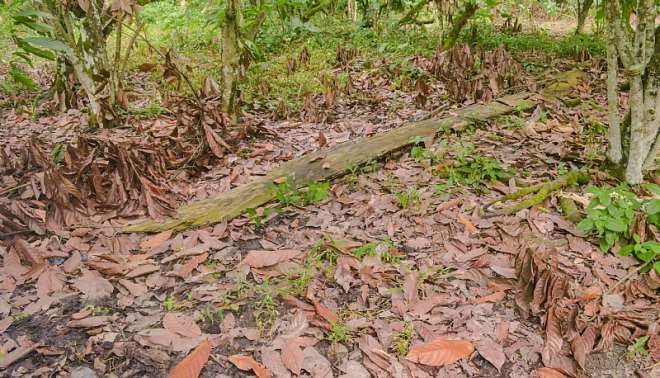 The current state of the old canoe