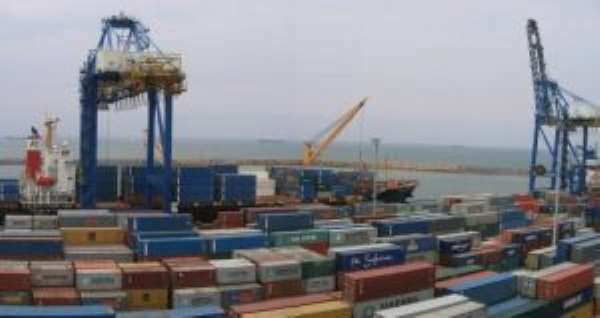 Freight Forwarders at the Tema Port vows to kick against a request by the Meridian Port Services (MPS) for an increase in port charges at its new terminal.

The freight forwarders say any increase in tariffs will overburden importers.

The Vice President of the Ghana Institute of Freight Forwarders, Johnny Mantey, says the proposed 11% increase is on the high side and must not be implemented.

“This new proposal by MPS to increase the tariff by 11 percent, I am in shock and I want to believe it is not true. I don't even know what kind of tariff lines has been increased by 11 percent. I think the timing is very bad,” Mr. Mantey said.

A letter dated 24th May 2019, signed by the Chief Finance Officer of the Meridian Port Services, MPS, Sunil Bansal, and sighted by Citi News, suggests there had been previous communication between the Ghana Ports and Harbours Authority and MPS, indicating that MPS had requested a 10.9% increase in tariffs for its new Terminal 3, which is expected to go live by June 28th, 2019.

The increment according to MPS; is in line with provisions of the Deed of amendment No.1 dated 12th June 2015.

The new tariff if approved; will represent an increase of 20 percent since 2015.

Part of the letter stated that “every ship or vessel which berths in the concessionaire's area shall pay in US Dollar or equivalent convertible currency to the concessionaire the appropriate dues, rates and charges as specified in the said schedules”.

The same was said for shippers or consignees who use the concessionaire's services.

The letter added that, every ship or vessels or consignee which does not earn foreign exchange which berths or uses shall pay to the concessionaires the cedi equivalent of the appropriate dues, rates and Charge as specified in the said schedules”.

The letter, which was addressed to the Director General of the Ghana Ports and Harbours Authority, GPHA, the General Manager in charge of Finance at GPHA, the Port Director of Tema Port, and board members of MPS, requested that the new tariff is published earliest by next week.

Meanwhile, the New Crusading Guide Newspaper also reports that in another document, the Chief Executive Officer of MPS, Mohamed Samara, had warned government that the tariff on the concession agreement must not be breached to avoid catastrophic effect.

The Chairman of a group known as the Concerned Freight Forwarders and Traders Association, Oheneba Akwasi Afrawua, says it is early days yet for MPS to do this.

“We expect MPS to maintain the existing rate. Why are they rushing. They have 35 years to run the port. They can make their profit in 10 years,” he said.

Also, the Vice President of the Ghana Institute of Freight Forwarders, Johnny Mantey, is of the view that the 10.9% increase is on the high side and must not be implemented to derail government's efforts at reducing the cost of doing business at the port.

The start of the project at the Tema Port was launched in 2016. The project is a public-private partnership between the GPHA, representing the Government of Ghana, and MPS for an upgrade and significant expansion of Ghana's main seaport.

MPS owns 70% of the project, while GPHA is a 30% percent shareholder. The port is expected to be the largest cargo port in West Africa, and one of the best in Africa, with a capacity of 3.5 million 20-foot equivalent unit (TEU) per annum.

There have been attempts by the current government to review portions of the 35-year concession agreement, which some have claimed may lead to job losses at the main GPHA port.