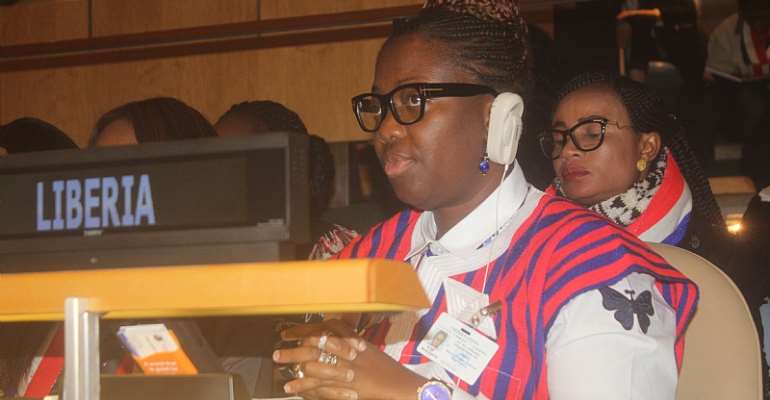 The Woman Delivery Conference which takes place after every three years from June 3-6 in selected locations is the World's largest conference that focuses on gender equality, health, rights, and well-being of women and girls across the World. The gathering also advanced the empowerment of women and girls, the barriers, and highlighted ways to build a healthier and more secured future for all.

This year’s conference brought together 9,000 world leaders, advocates, academia, and journalists from more than 160 countries from across the globe and it is being celebrated under the theme "Power, Progress, Change."

As part of their engagements at the meeting, the Gender Ministry’s delegation was involved with round table discussions, sharing of local experiences as well as learning from best practices and engaging leaders from across the world including young feminists, indigenous leaders and international civil society organizations.

On June 4th, Minister Tarr held a bilateral discussion with Sweden’s Minister of Gender. At the meeting, Gender Boss Saydee-Tarr highlighted Liberia's progress in the fight against Gender Base Violence, and therefore, expressed to her Swedish counterpart that Liberia looks forward to continued support from the Kingdom of Sweden aimed at buttressing the fight against GBV and all forms of violence against women and girls.

Minister Saydee-Tarr underscored the political will being exhibited presently by the Liberian Government for the passage of the Domestic Violence Bill, especially with a sparked commitment from the Liberian Legislators.

At the conference, Minister Saydee-Tarr also participated in the Ministerial Forum with over 20 Ministers from across the world. The Ministerial level discussions focused on bridging the gap with youths and ensuring their voices are heard around the global table.

Meanwhile, at the closing ceremony, all the Ministers attending the conference were tasked to speak directly on how they will use their power to establish a legacy of action. For her part, Liberia’s Minister of Gender, Children and Social Protection opted to tie her legacy of action in line with the theme of the conference, Power, Progress and Change.