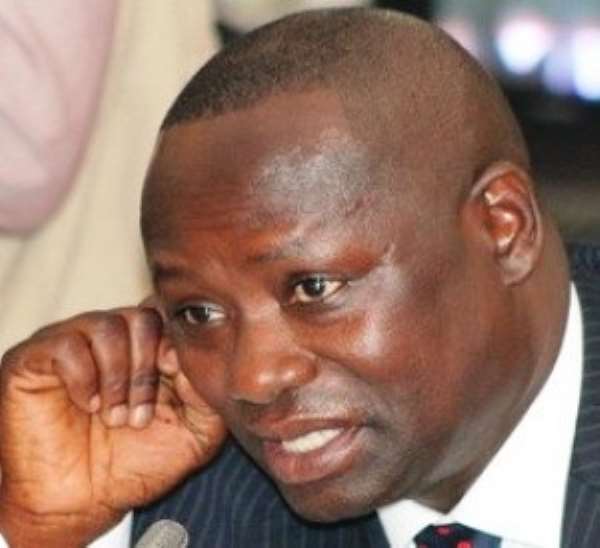 The issue of "no bed"syndrome which hit the nation largest hospitals recently is refusing is still alarming, as the situation can be said of at the Eikwe Catholic Hospital in the Ellembele District few days ago.

An energetic Assemblyman for Ekokonu Electoral Area in the District is the latest victim. He lost his life not only due to the acute nurture of his injury but simply because, there wasn't bed as usual.

Nevertheless, Member of Parliament (MP) for Ellembele, Hon. Emmanuel Armah Kofi Buah who tried to save the Assemblyman live but simply could not succeed because, the syndrome of "No Bed" was overwhelming at the hospital.

Hon Buah who witnessed the sorrowful avoidable death of his assembly man at the Cape Coast Teaching Hospital, believed the "No Bed" syndrome has become a canker and called for a strict collaboration of all stakeholders to tackle it head on.

After witnessing the painful departure of the Ekokonu Assemblyman passed onto glory, the Ellembele MP, believed a lesson has been learnt and gave his witness accounts on the effect of the "No Bed" syndrome that refused to end under President Akufo-Addo government.

In a statement making rounds on social media sighted by Modernghana, the MP expressed his concerns and offered the possible best solution to the issues.

Assembly man for Ekokonu( Ellembele) who was involved in a motor accident.

He was stabilized at Eikwe Catholic hospital in the Ellembele District.

Doctors at Eikwe hospital strongly recommended he be moved to korle-Bu hospital or a hospital in Kumasi or Cape Coast with the facilities to deal with head injury.

Korle-Bu Accident and Emergency line was called several times with no answer.

Capecoast Teaching hospital advised that the patient be transferred to Korle-Bu because Oxygen was not available for the patient.

For four hours it was about working the phones and finding out a BIG Man to help secure a bed to save a life.

Guess what? We finally got a Doctor to help in Komfo Anokye Teaching hospital - but this was four long hours later.

Well, Hon Rockson died at Cape Coast hospital before he could reach Kumasi.

But the chilling words of Dr Cooper of Eikwe hospital is what is eating me up.

When I asked Dr Cooper how often he deals with situations like this?

This was his answer.

We deal with no bed , no oxygen everyday and people who must live just die needlessly

These are the heart wrenching issues that must engage all of us as leaders and Ghanaians.

Some MMDCEs will be approved in December because of controve...
20 minutes ago