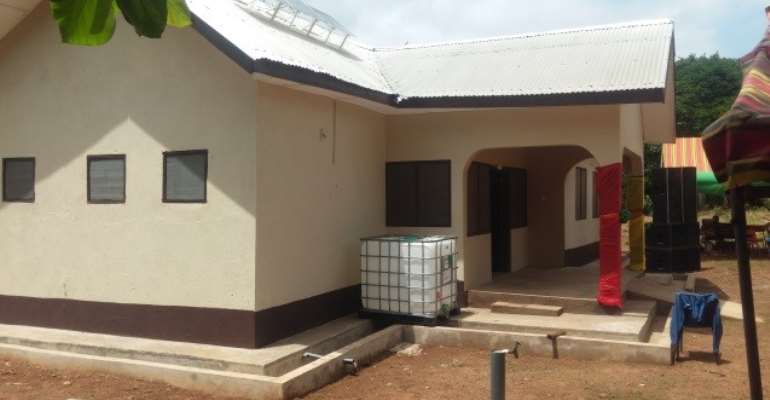 The Asuboi and Adaa CHPS Compounds which have been completed and furnished with the necessary equipment by Tano South Municipal Assembly have been duly commissioned and handled over to the communities by MCE for Tano South, Collins Offinam Takyi (Hon.).

A durbar which held at Asuboi and Adaa to make Collins Offinam Takyi (Hon) commissioned the clinics; Mr Arthur Kingsly, the disease control officer who spoke on behalf of Tano South Municipal Health Director said the commissioning of CHPS Compounds marks a historic event for the residents of Asuboi and Adaa and thanked them for coming in their numbers to support the programme.

Mr. Arthur explained that one of the policies of Ghana Health Service indicates that, sick people are required to seek medical attention whenever they move hundred metres away from their abodes and expressed that it is upon that reason the CHPS Compounds have been provided for the two communities by Tano South Municipal Assembly.

He said Ghanaians have poor maintenance culture and for that matter, Tano South Municipal Health Directorate has collaborated with Tano South Municipal Assembly to institute a committee to collaborate with the opinion leaders in the community for the management of the CHPS Compounds and urged committee members to work hard to ensure they maintain the clinics to make the clinics serve their intended purposes.

The MCE for Tano South, Collins Offinam Takyi (Hon.) thanked all participants for making time out of their busy schedule to attend the programme and extended greetings from the offices of His Excellency Nana Addo Dankwa Akufo-Addo, the President of the Republic of Ghana, the Ahafo Regional Minister and his deputy to all manner of people who came from far and near to support the programme.

Hon Takyi said the failure on the part of MP for the constituency to attend the programme is that he attended such equally important national programme at Accra and said the purpose of this programme is commissioning two CHPS Compounds constructed at Asuboi and Adaa by Tano South Municipal Assembly.

Hon. Takyi said the Assembly has developed strategic plans to construct staff quarters for the Municipal Health Director and other health professionals that needed to be given such packages as required by the policies of Ghana Health Service and stressed that during the 2016 general electioneering campaign, the Flagbearer of New Patriotic Party promised to introduce one million per constituency policy and hinted that government is doing all he can to use the fund for the procurement of ambulance for every constituency and assured residents in the Municipality to avoid hesitation but wait patiently and in no time, the Municipality will record its share of the ambulance.

He said since the assumption of office by His Excellency Nana Addo Dankwa Akufo – Addo, many social and economic intervention programmes across each sector of the economy have been introduced by him and his government to ensure they improve the living standards of the people and informed both adult and younger generations to support government to make him implement its policies effectively.

Hon Takyi emphasized that there are many deplorable roads in the municipality but since government has decided to execute developmental projects across the length and breadth of the country, central government has finished value for money audit on cocoa roads and believed that very soon Bechem - Techimantia – Akomadan road and Techimantia - Derma Asuoso road will be awarded for construct by government and used the occasion to informed all about some of the achievement of government.

At the two communities, each chairman of the programme thanked MCE for Tano South and Member of Parliament for Tano South constituency for their kind gestures extended to their communities and said since water is life, they pleaded with authorities to provide the communities with portable drinking water and extended electricity to Asubio to help improve the economic activities of the people. 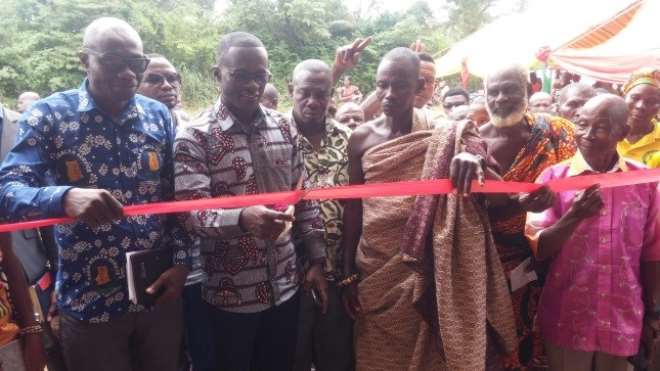