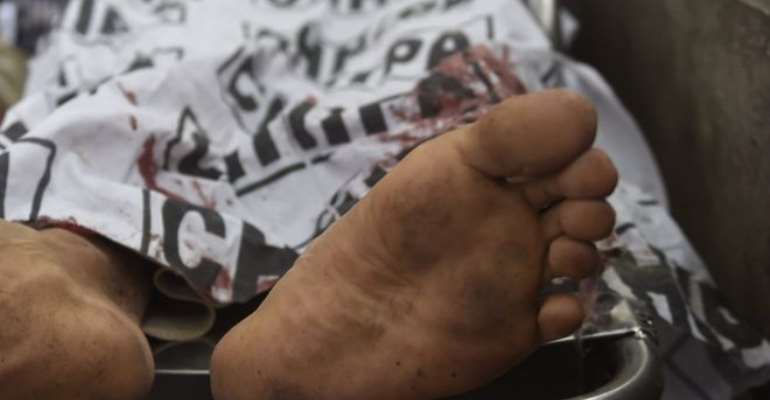 Mortuary workers in Ghana have called off their industrial strike which began a couple of weeks ago.

The call, according to the workers, is necessitated due to the desperate pleas from the general public.

This was indicated in a statement signed and issued on Thursday by Richard K. Jordan, the General Secretary of the National Executive Committee of the Mortuary Workers Association of Ghana (MOWAG).

"The National Executive Committee (NEC) of the Mortuary Workers Association of Ghana (MOWAG), at its emergency meeting on 4 June 2019, has, once again, decided to call off its industrial strike declared on 29th May 2019," the statement read.

The workers on May 29 this year are recalled to have embarked on an indefinite strike to push for increment in salaries and better conditions of service.

They accused the government of reneging on its promise of improving their working conditions, which include poor salaries, lack of personal protective equipment and poor working environment.

Below is the Full statement:

The National Executive Committee (NEC) of the Mortuary Workers Association of Ghana (MOWAG), at its emergency meeting on 4 June 2019, has, once again, decided to call off its industrial strike declared on 29th May 2019.

MOWAG had earlier on, on four (4) occasions, called off, threatened strikes – all to show its goodwill.

This call off has been necessitated by the following circumstances:

1. The overwhelming and desperate pleas of the Ghanaian general public to MOWAG to this special work, for obvious reasons.

The NEC further states that though the Ministry of Health and Fair Wages and Salaries Commission (FWSC) has so far not shown much commitment to addressing their problems, MOWAG is, once more, showing leadership and goodwill by calling off this strike.

MOWAG has also gone ahead to reduce most of its demands so as to further facilitate the negotiation.

The NEC is, thus, calling off the strike, ready as usual, to enter into negotiations to put a definitive end to this desperate effort to have its really bad working condition and environment improved.