How to Transform Failure into Greatness! 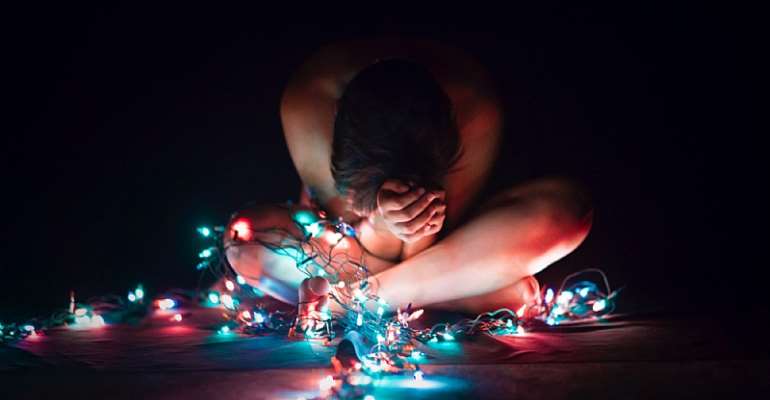 You did not fail; you learned!!!

It's really hard getting up after getting a hard punch on the face by life. Realistically, it's never easy standing up again. Life will always give you lemons instead of apples. It will squeeze the energy and strength out of you. Life has never been a smooth sailing journey. It will never be and is never going to be. Even Jesus the Christ didn't get a smooth passage in his 30 and so years on earth. Life hits us with failure, sickness, disappointment, cheat, betrayal, divorce and some other things that keep us grounded for a longer period. Life punches us so hard we go face down. But the interesting thing about it is that you can actually make lemonade out of the lemons.

Sometimes, the punches are so massive that you might feel that's the end but if you still have life, there's is more to be accomplished. You need not let life dictate your pace. You have the power to punch back with every bit of energy left in you. Remember, whenever you are knocked by life, try not to land with your face down; try to land on your back for if you can see, you can stand up and fight back. You aren’t going to get out of this earth alive so never let life's punches tell you what to do. Land on your back and try to throw back punches on life. Punch as hard as you can because you have more in you.

Be vigilant and watchful.

One of the reasons why we mostly do stay put and do not feel like going any more is because we do not watch. We do not sit and reflect on what actually punched us to the ground. Sometimes we fail again and again because of this same reason. But a man that is vigilant makes fewer mistakes.

It takes a wise man to learn from his own mistakes but only a wiser man learns from the mistakes of others. Again, when we fail, we should find a way to strengthen ourselves and get back on track. In 1992 at the Barcelona Summer Olympics, a young man was favored to win the 400 – meter race. However, disappointment came about 25 meters from the finish. His hamstring tore which hobbled him into a halt and then made him fall to the ground in pain. As stretcher bearers made their way over to him, he knew he had to decide. So, despite the pain, he stood up and began to hobble along the track. Due to the nature of the injury, security men tried to stop him but he would not stop. He made the decision there that the only way to quit is when he is finished and had crossed the line. Therefore, he kept hobbling.

Failure is the greatest teacher.

What does failure mean to you? Failure is not the end. Failure means to rise up stronger and bigger. Most people fail and stick there because instead of rising up, they blame others. Such people do not see anything important with going on because someone causes their failure. I have heard some parents blame their children for their inability to achieve their personal goals. They say things like; “my kids are responsible for what I am today”, “my children’s education took every resource I had to achieve my goal”, “my children came a time I did not expect them to” and many other statements. Such parents forget that their children would not have come to the world if they did not plan for them. Blaming others for your failure is the only transfer of power from you to the person that is being blamed. Most people blame others because they want others to sympathize with them.

Blaming others in whatever happens in your life leads you to nowhere. Sometimes you need to fail woefully to realize how much you had come. Other times too, your failure brings out the best in you. It makes you realize what is in you. A lot had been accomplished after great falls. Great businesses have erupted after the failure. Many great teachers have become great because of the failures they have had over the years. When you fail, you get time to gather all the information that was not at your disposal earlier. You see the most time when we are moving and growing, we close our ears to what others are saying and what is going on around us. Sometimes, these things are the same things that cause our failure. Any person that gathers information becomes powerful for the future.

So, you don't quit when you lose. You actually give it another try while laughing at yourself. When you fail, cry as hard as you can but when you wake up after crying try as hard as you cannot cry again. A lot of us are like that - we quit the moment we see a red flag. We quit the moment we see the crowd and what people would say. In ancient medieval times when wars were so dominant, a lot of nations surrendered when they saw that their enemies outnumbered them. Most of them did not even consider whether their opponents and enemies had the strength and the wherewithal to conquer. The number was just a determining factor in whether one would lose or not. In the world today, numbers do not count when going to war. Failure is just another chance to make things right. It can either be a bridge or a barricade to your greatness. Choose one.

You're born for Greatness.

No man wants to ever be called a failure. Failure, the most dreaded word any person would ever want to hear. Have you failed in any facet of your life before? If yes then you have a teacher and a story. Leaders lead with stories and failures. The world dislikes failure but the great people adore it. It is one of their secrets. One way to get out of a situation is only by failing at it. When you fail at a particular circumstance you give yourself the go-ahead to get and become the best. Failing is winning. The greatest teacher is failure.

Always remember you have a lot in you the world has not seen yet. You cannot quit now. You have more in you. You are born GREAT.