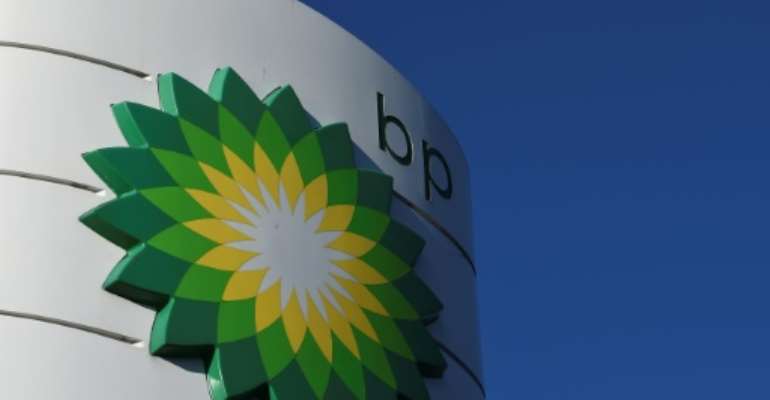 BP rejected a report that said the company purchased rights in 207 to shares in two gas fields in Senegalese waters. By Paul ELLIS (AFP/File)

BP on Thursday rejected a BBC investigation which suggested a gas deal that the energy giant signed in Senegal would deprive the West African state of badly-needed income.

The investigation has caused an outcry in the impoverished country, where oil and gas finds over the past five years have stoked public expectations of a bonanza.

The BBC report, broadcast on Sunday, said that in 2017 BP purchased the rights to shares in two gas fields in Senegalese waters that had been acquired in 2012 by the Timis Corporation, controlled by an Australian-Romanian businessman, Frank Timis.

BP paid $250 million (222 million euros) to Timis Corp. together with a commitment to pay royalties of around $10 billion over 40 years, it said.

The deal would deprive Senegal, among the world's 25 poorest countries, of major revenue over decades, it said.

In a press conference on Thursday, BP's head in Senegal, Geraud Moussarie, said the figures in the contract were "confidential", but condemned the report's description of the firm's activities as "deceptive and false."

The compensation figure reported by the BBC is "so fake and exaggerated that it is complete fantasy," Moussarie said, speaking in French.

BP "does not recognise" the document that features the figure, and believes it was "produced by another party," he said.

He also dismissed the idea that Senegal was being cheated.

"Even in a scenario with highly favourable technical and economic conditions, royalties payable to Timis Corporation by BP would not equal even one percent of what the Republic of Senegal could receive," Moussarie said.

He added: "All royalties payable to Timis Corporation will be deducted exclusively from BP funds. So these royalties will have no impact on the income of the Republic of Senegal or its partners."

The report, broadcast on the BBC's Panorama and Africa Eye programmes, said that in June 2012, newly-elected president Macky Sall confirmed a decision taken by his predecessor Abdoulaye Wade, to award the rights to Timis Corp.

Aliou Sall was also employed by the Timis group after his brother became president, receiving a salary of $25,000 per month, the BBC said.

He stepped down in October 2016 after being accused of a conflict of interest by the opposition. He was appointed head of a state-run savings deposit bank, the CDC, in 2017.

Aliou Sall on Monday strongly denied the report, saying he would file a libel suit against the BBC in Dakar and London.

The Senegalese government on Wednesday lashed the report as "clearly tendentious" and "stuffed with serious and false accusations" although it did not respond to the allegations in their specificity.

President Sall said he viewed the accusations as an attempt to "destabilise" a country trying to make the most of its fossil-fuel find.