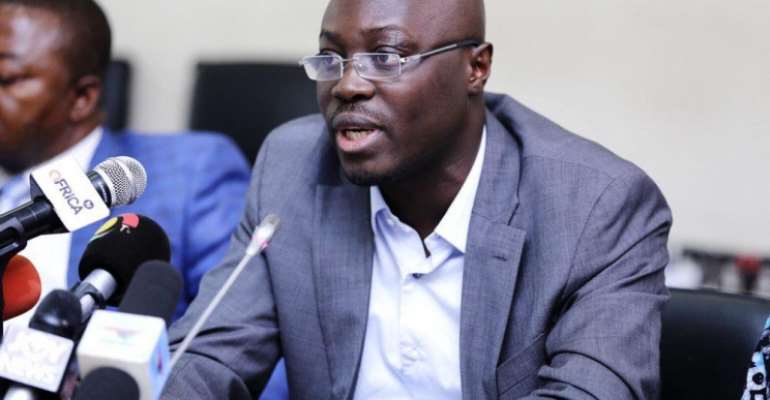 The Minority caucus in Parliament has said, President Akufo Addo led government has exhibited a culture of unreasonable and unexplained borrowings since it assumed power.

At a press conference on Thursday morning June 6, the Ranking Member of Parliament's Finance Committee, Mr Cassiel Ato Forson, called on Ghanaians to probe the rising debt of the current administration.

According to the Minority, the country’s debt profile which used to be at Gh¢137 billion in 2016, has shot up to Gh¢200 billion due to the President's culture of heavy borrowings yet, lack projects to show and nor to think up ideas that would make the economy productive.

"The Gh¢200 billion national debt represents an increase of about Gh¢80 billion in the last two and half years alone by President Akufo-Addo and has raised the debt to GDP ratio from 56% in 2016 to almost 58%," Mr Ato Forson claimed.

The leading opposition MPs called on Ghanaians to limit the Akufo Addo administration's ability to take loans if explanations are not given for how they would be repaid.

The Minority said since President Akufo Addo assumed office in 2016, there has been a culture of unexplained borrowings leading to a steep rise in the debt stock and projected debt of Gh¢250 billion by the end 2020.

The figure for January and February represented 51.3 per cent and 52.5 per cent of GDP and this rose to a total of GHS21.4 billion, added to the public debt in the first three months of 2019.

The current debt is inclusive of the US$3 billion Eurobond issued by the government in March this year.

This, the Minority caucus said the Akufo-Addo government has starved Ghanaians at the back with its reckless borrowing.

Mr Forson pointed out that, the Gh¢250 billion projection by 2020 does not include the Gh¢750 million commercial loan that the government has taken and another US$1.5 billion that was contracted by the GETFund as well as an additional US$200 million of the Ghana National Petroleum Corporation (GNPC).

The Minority expressed the views on rebasing as an opportunity to engage in unbridled borrowing aimed at consumption-rela expenditure.

The Ranking member added that the current spate of borrowing threatens to erode the fiscal space provided by the rebasing of the economy that was started in 2016 and which was concluded in September 2018.

They observed that despite the huge borrowing, government is unable to show significant capital investments despite the resources at his disposal, adding that the president has rather resorted to deceit to explain away his failure.