Nigerian Arms-Smuggling Syndicate Get Guns From Ghana – One Confesses

A member of a notorious arms-smuggling syndicate who has been arrested in Nigeria has confessed that they get their supplies from Ghana and Burkina Faso.

The suspect, with his three others who are part of the syndicate, was arrested alongside 38 kidnappers between May 25 and June 3, 2019.

The arrests were made by the Police Intelligence Response Unit, Special Tactical Squad and Counter-Terrorism Unit attached to Operation Puff Adder in the North-Western part of Nigeria.

One of the suspects said arms were smuggled from Burkina Faso and Ghana through vehicles.

He revealed that the weapons were usually concealed beneath the floor of vehicles that are almost always never checked at the various checkpoints.

“It is a dealing. I am a gunrunner. I’ve been doing this for 15 years. I’m not the one that brings it [the arms into Nigeria]. I have contacts in Burkina Faso and Ghana… They conceal it in a vehicle, under the floor of the vehicle. Perfectly concealed and sometimes they use hides and skins which they have it more in Burkina Faso and the Sahara areas,” Ojomo Adebowale Gbenga, one of the suspects said.

The Nigerian police retrieved a total of 6,000 AK-47 live ammunition from them.

Force Public Relations Officer, DCP Frank Mba, said investigations revealed that the syndicate specialises in smuggling weapons and ammunition from North Africa through the Sahel region and supplying same to their criminal partners in Nigeria. 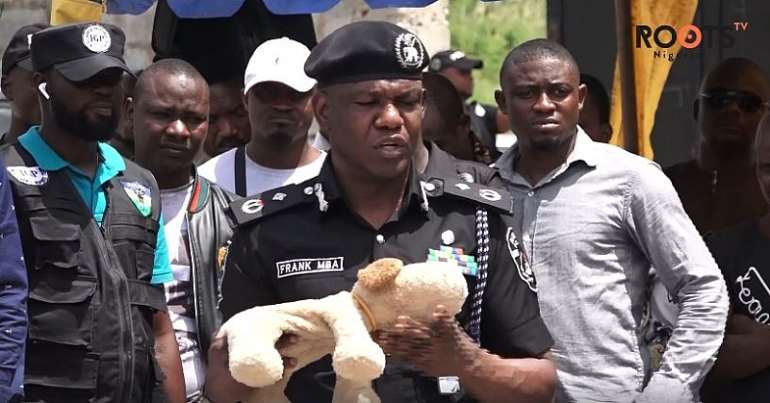 He said the syndicate sometimes concealed the weapons in toys to enable them to cross police checkpoints without suspicion.

The development comes in the wake of many discussions in Ghana and the country’s high alert on threats of terror as well as kidnappings in Ghana.