When praying is useless 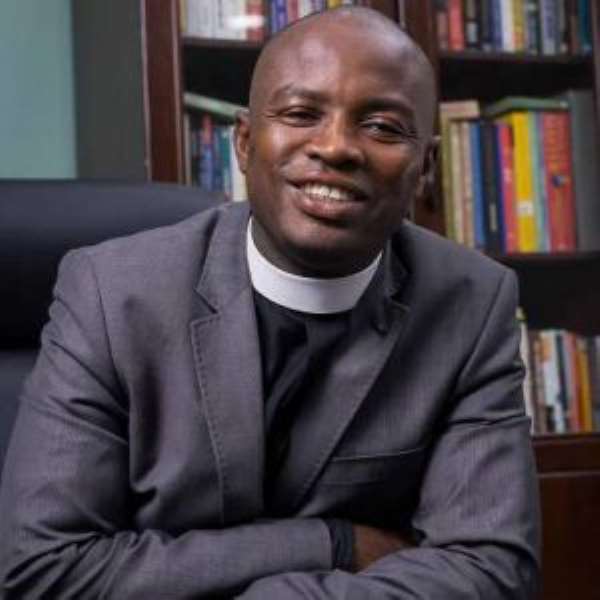 I have taken striking notice of the deepened heights of biblical illiteracy among Christians in this current dispensation.

In the field of academia, to be regarded an authority on a subject who wields thorough understanding, one must have spent a significant number of years in learning and extensive research works to attain a scholarly status.

However, despite the prolonged number of years some Christians have spent in the Christendom, a chunk of them have still not been able to appreciate basic biblical truths; and this has made them pitiful preys at the mercy of exploitative schemers and charlatans who parade as anointed servants of God.

I am bewildered at the fact that despite the long all nights, extensive fasting sessions and punctual commitment to prayer vigils and morning devotions, some of these Christians are still at sea in their understanding of the scriptures.

Apart from the victimization they suffer due to their ignorance, some of these Christians also turn to demonstrate very unreasonable acts of faith in a manner that utterly ridicules God's precious gift of wisdom. Is it the case that they are of the stock that scriptures refer to as 'ever learning but never coming to the knowledge of the truth?' Maybe!

Since the last decade, after being in Church and giving attention to serious Bible studies at home, I am of the opinion that no Christian should become a victim of the deceptive schemes of the devil.

Satan cannot defeat whom he cannot deceive'; and this affirms the truth that indeed knowledge of the scriptures is indispensable to a victorious living.

Unfortunately, many have strayed from the paths of truth, relegated sound doctrine to the background and have veered into the lanes of deception and erroneous demonstrations of faith that have no justifiable bases in the Scriptures.

Prayer is one of such acts of faith that has been greatly misconstrued in recent times and that has rather become a means through which Satan plagues the Church.

In places like Ghana where the majority of the citizenry are thought to be Christians, the growing spate of indiscipline and blatant disregard for authority is a huge testament of the variance between what many Christians profess and their actual deeds.

Prayer is good, but its content could render it useless. In Luke 18:9-14, Jesus employed the parable of the Pharisee and Tax collector to echo that, while prayer is an important spiritual practice, the content of one’s prayer could make moments spent praying a complete waste of time. Evidently, in our part of the world today, a lot of productive hours continue to be wasted away in prayer as well; especially on issues that require the application of common sense.

In this regard, I view moments of prayer in Churches against the perennial flooding in Accra and its immediate environs as a completely useless act and a waste of everybody’s time! The rains have their unique role in our survival, and hence a petition to God to interrupt or alter rainfall patterns may as well plunge the nation into a state of famine.

In Accra, the Environmental Protection Agency (EPA), the Lands Commission, the Municipal and District Assemblies and other regulatory outfits still continue to grant permits for the erection of edifices along water ways; in addition to the choked conditions of our drainage systems that have been occasioned by the indiscriminate dumping of refuse into such drainage channels.

services on a particular Sunday to drain the choked channels and embark on a mass cleaning of all drainages, that will be a more rewarding approach in addressing the man-made floods which continue to claim precious lives and wreck mayhem. The prayers of the saints against the perennial flooding situation in Accra is a mundane approach because evidently, the nature of the floods we experience are well within the remit of our human capacity to avoid.

Again, Christian prayers against the exponential menace of road accidents is another typically misplaced application of the weapon of prayer. Is it that God does not answer prayers? No. The answer to those prayers are at the human level. God will not intervene in challenges that he has already granted us the wisdom, expertise and abilities to resolve.

Let us fix all the deplorable and depleted road networks. Motorists should henceforth begin to religiously observe traffic and all other road safety regulations, even in the absence of any law enforcing personnel.

In addition, only roadworthy vehicles should be allowed to ply our roads. If such measures are strictly employed, a significant drop in the statistics of road accidents will not be far-fetched.

Another area where prayer is wrongly expended is in the area of our economic circumstances as a country and the state of our governance architecture. The poverty of our country for example is not a consequence of a short supply of supernatural blessings.

Anytime we chant the solemn and prayerful lines of the Ghana national anthem, God responds accordingly and unleashes His flourishing reservoir of blessings. However, we squander these blessings through mismanagement, unbridled corruption, vicious embezzlement and unrepentant acts of thievery. Again, let me reiterate that there is nothing wrong with praying for wisdom to address such situations. However, once we know what to do, praying in a manner that seems to be asking God to come and apply the wisdom He has granted us on our behalf is simply unreasonable.

Finally, there are seasons in Ghana when the pestilence of cholera gains ascendancy and becomes a major prayer topic in most churches and Christian homes. However, cholera is an avoidable disease. Its pervasiveness indicates that certain simple rules of hygiene are not being observed.

Demons are not the principal causes; and hence a spiritual remedy is ill-thought; unless of course it is revealed that those who create the filth are actually possessed; and such a revelation will even elevate the conversation to a whole new level.

But even so, the practical hygienic approach remains indispensable to resolving the issue. It is instructive to note from experience that God has not designed for prayer to be a substitute to hygienic measures to prevent cholera. Cholera is simply not God’s responsibility!

The fundamental reason that accounts for most of our woes is that, many Christians have pulled the breaks on the use of their brains and talents; and are wasting their lives under the illusion that being spiritual means shifting all personal responsibilities to God in prayer.

This is an unfortunate and destructive error and must be radically corrected without any apologies!

Watch for my latest book: NOT BY PRAYER