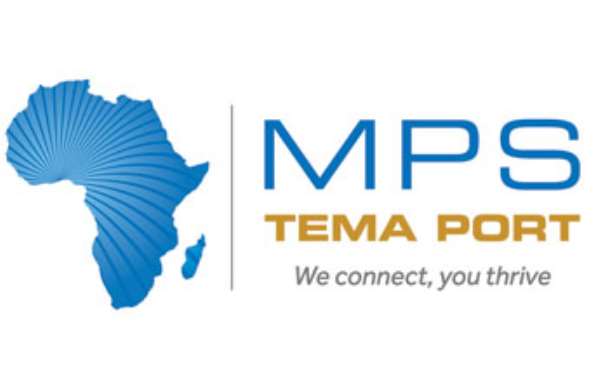 A letter signed by Sunil Bansal, Chief Financial Officer of Meridian Port Services, addressed to Michael Luguje, Director General of the GPHA, dated 24th May, has adjusted tariffs at its Terminal 3 by 20 percent.

It said the tariff for Terminal 3 has been drawn in line with the provisions of the deed of amendment No.1 dated 12th June, 2015.

“The tariffs reflected in the attached sheet are adjusted by 20 percent as per the provisions of the agreement. “We would also like to bring to your attention that the actual payment by the customer will be done as per the clause 1.2 of the schedule 5 of the original concession agreement as reproduced hereunder.”

“Considering our Terminal Go Live plan of 28th June, 2019, we hereby request you to publish the tariff at your earliest.”

Meanwhile, an analysis of the impacts of the deed of amendment to the MPS concession agreement for the management of Terminal 3, which goes into effect in July this year, has projected a bleak future for the GPHA.

Based on highlights of the impact of MPS 3 Contract Terms on GPHA, and using the 2017 cargo/vessel traffic data, it said the volume of containers handled by GPHA and other licensed container handling companies would decline by at least 60 per cent.

It said the labour and cargo handling equipment would thus be rendered idle.

It warned that if the agreement was implemented unchanged, GPHA will among other things be in financial crisis in 2020, will have idle labour, space and equipment; will not generate enough revenue to pay salaries, service existing loans, to develop basic statutory port infrastructure.

The Inter-ministerial Committee which investigated the Concession Agreement for the MPS Terminal 3 also concluded that the agreement conceded too much business and revenue to MPS to the detriment of GPHA and Government of Ghana as a whole. The Committee therefore strongly recommended that the Agreement should be renegotiated.

Anti-LGBT Bill: Let's be careful and not generate intense ha...
51 minutes ago